Cast your minds back three years, right before the release of Speedy Ortiz’s second album ‘Foil Deer’, and Sadie Dupuis - self-described ‘frontdemon’ of the group - was already finished with writing the follow-up. Frustrated with “how slow this stuff moves,” and driven by her “workaholic” approach to making art, she decided to busy herself with yet another project in the meantime. The whole thing would evolve into her first solo album as Sad13, a chopsy, synth-covered ‘Slugger’ punch that whacked open the doors of dialogue with a cartoon baseball bat. Taking on vital topics like consent and affirmative action against misogyny, all the while with a glitter-soaked, pop slant, the project was a personal revelation. As well as opening up countless creative doors, it also took Sadie on tour across a fractured USA, tensions and bigotry bubbling in the wake of Trump’s disastrous election victory.

“I had this whole tour through the country, going through parts I knew had voted for Trump,” Sadie says, looking back on the moment her priorities underwent a profound shift. “Having my bandmates harassed at gas stations, and feeling worried for our safety… I mean this was a tour of five women; I wanna say 80% of us are queer or women of colour, and we all had pepper spray for the first time.”

Sadie’s experiences on the road touring as Sad13 confirmed her earlier hunches; her first draft of Speedy Ortiz’s third album - then, a record of personal “lovey-dovey” songs - felt to strike a duff note, out of beat with the fraught political landscape around her. Cracking on and recording it regardless didn’t change Speedy’s minds, either. Instead, Sadie just felt apathetic, and increasingly frustrated with the whole process. “It just felt vapid,” she offers today, pulling no punches. “I don’t really need love songs right now”. 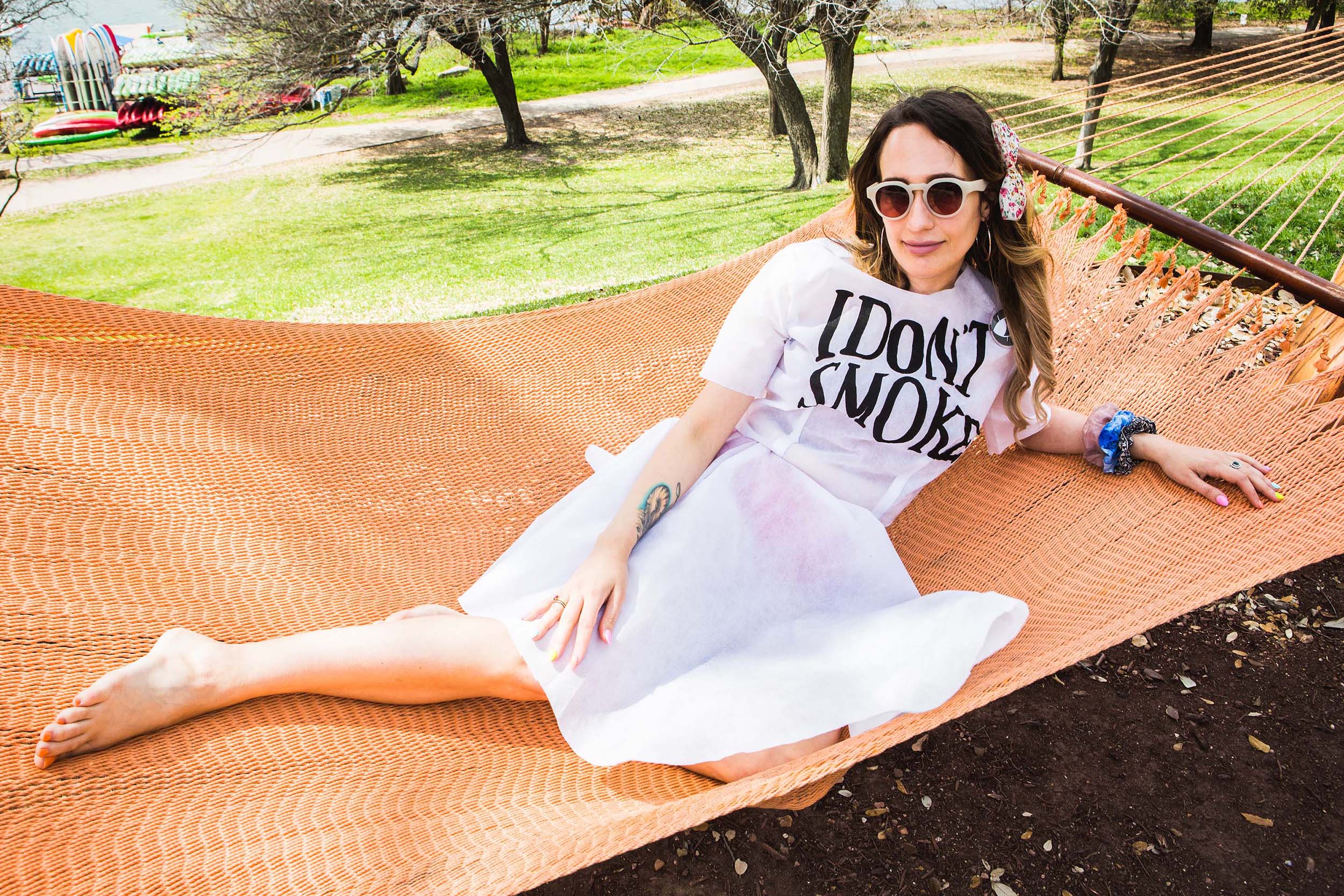 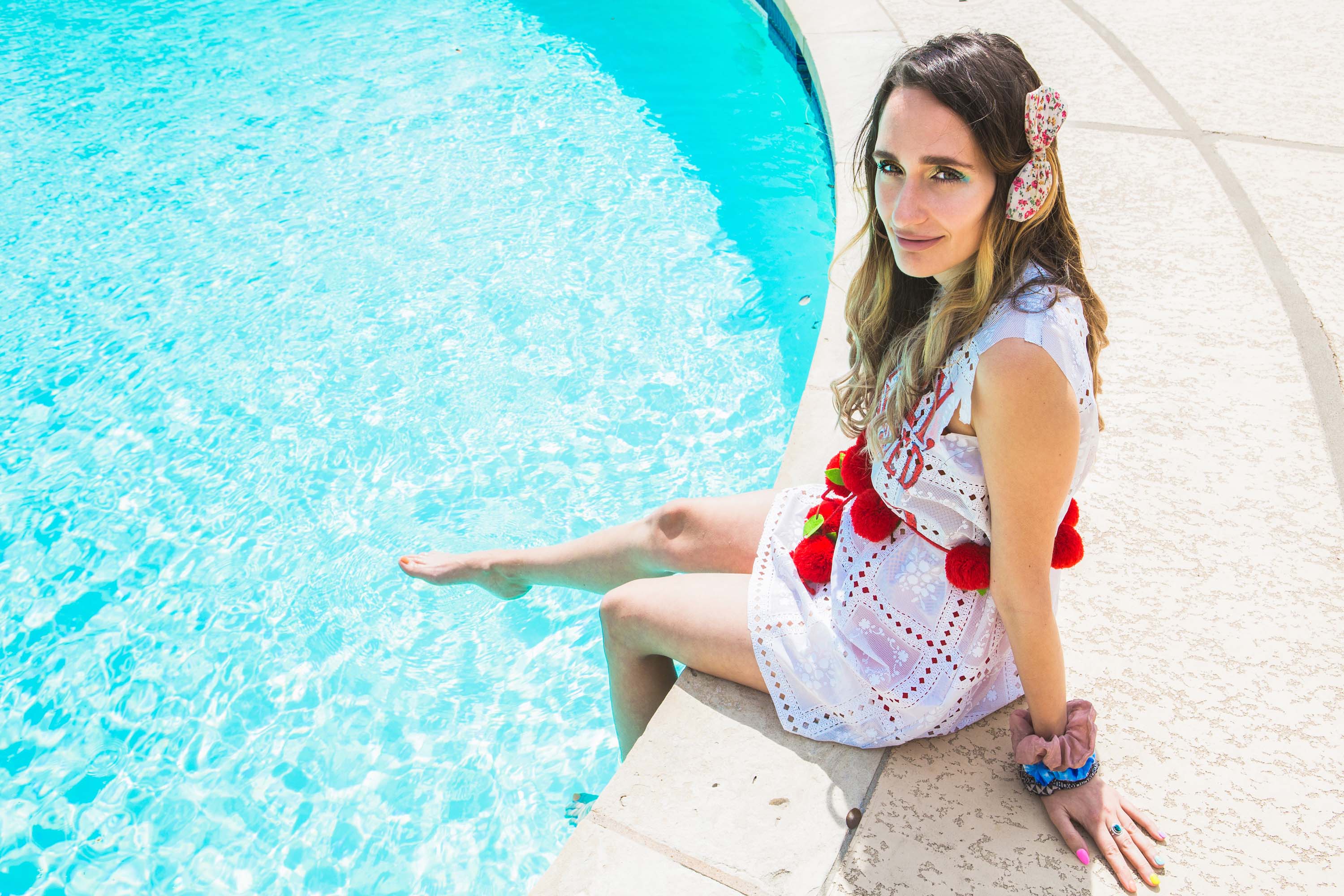 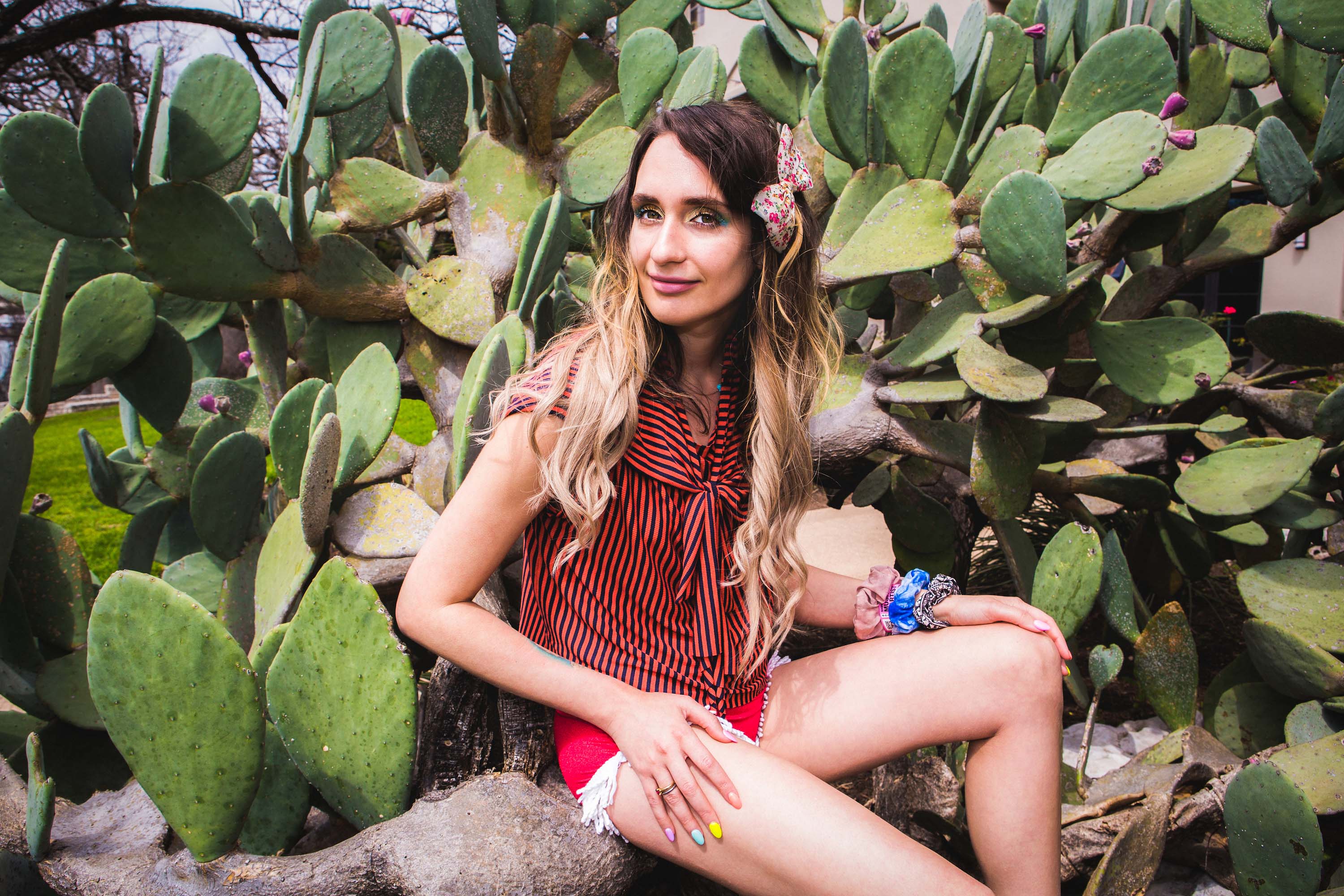 Boosted up again as she watched friends and strangers alike leading new important movements - from the wave of #MeToo allegations shaking up the tired old status quo, to the groups of artists joining forces to fight back against an unfair, unequal system - Sadie found herself feeling strangely optimistic amid the hopelessness surrounding Speedy’s third album, mark 2. The resulting creation is ‘Twerp Verse’. It’s a playful, unwieldy record that bends and adapts language, and shapes strange allegorical stories out of curious puns, with a rocket-charged drive to change things. From ‘Lucky 88’’s “one more time with reeling” mantra, to neatly aligning sounds that brush on each other in pleasing lyrical cogs, you’re never quite sure where any one idea is going to end up. A prying man on the bus asking unsolicited personal questions gets a ribbing on ‘Villian’, Sadie mockingly cooing “I wanna know what kind of porn you like” in a belittling retort. The songwriting process itself gets a meta look-in on ‘Moving In’, explaining its own decision to include a freshman prom date out of nowhere. And ‘Lean In When I Suffer,’ meanwhile sees her insisting she doesn’t “wanna lopside my language”, on a record that practically draws directly from the textbook of lopsided, linguistically tricksy rock.

“Part of it is disconnected from meaning,” she explains. “And that’s just about enjoying language and being playful with it. If there’s fun in Speedy Ortiz, that’s always where it comes from. I have a lot of fun playing with puns, and going three quarters of the way through a line that people think they know where it’s going to go, and flipping it somewhere different. But it’s also about wanting to do that while saying something substantial,” she adds as a disclaimer.

In a recent New Yorker piece about fellow pun-lover Ali Smith (author of How to Be Both, which won the Baileys Women’s Prize for Fiction around the same time that ‘Foil Deer’ came out) writer James Wood reckons that “even as things split apart, they can be brought together. The pun is essentially a rhyme,” he adds, “and rhyme unites."

“The world hasn’t always been good to everyone, and we’re working to do better.”

It’s a sentiment that Sadie Dupuis - whose lyricism hinges on a love of language and meaning, in a world where lies can somehow be spun as ‘alternative facts’, and meaning seems more distorted than ever - agrees with. Even as things grow darker, Speedy Ortiz have a knack for cutting through the chaos.

“I have Guillermo del Toro [the director of the Oscar-winning film The Shape of Water] on my mind,” she says, “because he’s done some really great anti-fascist movies that are also these huge scope, Hollywood-like, beautiful magical realist worlds. I’ve always preferred to go the allegorical route,” she adds. “I can think of the past few months, when we were on tour in the fall, the #MeToo allegations coming out everyday - many of which were really harrowing - it became really hard to use the internet. It was very triggering and reminiscent of shit that we’ve all been through. I think it was important to me to write about these issues,” she adds, “but do it in a way that provides some hope and some optimism. Especially because I do feel so much optimism.”

“I think the optimism of this record is that we can re-educate society,” she picks up, “and that we’ve already started to do that work. When there is humour, it’s about dismissing these devilish figures of misogyny and bigotry that we’re working actively to replace; not only in our government, but in entertainment, and in our personal lives. If there’s a sense of reclaiming power, it’s about using humour to show that you’ve moved beyond these outdated ideas. It’s not just a record for women to feel empowered, it’s for men to feel empowered to not be toxic, and to be a part of a movement of equality too. As a white person, there are also moments on the record where I’m thinking about my need to listen and be an ally, and not be at the centre of things.”

‘Twerp Verse’ might seem, at cursory glance, to be about the complexities of an individual relationship. Dig deeper, and this is a complex, tricksy record about having a responsible relationship with the world at large. Coupling dissection of the world’s shittiest strains with a lasting reminder to be kind, it’s a beaming, fun-loving twerp verse of an album that’s also here to shake things up.

“We can do something about this,” Sadie urges, “but it’s also important to honour your feelings and the sadness that you feel. The world hasn’t always been good to everyone, and we’re working to do better."

‘Twerp Verse’ is out 27th April via Carpark Records. The album is out next Friday (27th April), and streaming in full on NPR.