It’s Sunday afternoon, you’re recovering from either a hangover or a second helping of your Mum’s roast, and then The 1975 go and post something on the internet and throw a neatly-designed spanner into the works.

By spanner, of course, we mean the poster below, shared on the band’s social whatnots, and looking like a file straight out of the Factory Records folder.

(EDIT: The band have now seemingly deleted their social media channels, but the original poster can be seen below!)

It's titled 'A Brief Inquiry Into Online Relationships' and while there's lots of bits 'n' bobs, we'd harbour a guess the rhyming pattern of the words featured ("time" / "online", "consultancy" / "ironically", etc) implies they're lyrics - and there's a catalogue number, DH00325, which suggests the label releasing 'a thing', though if they're channelling more than just the typefaces of that famed Manchester powerhouse, that could literally just be this digital poster. Who knows?

The band's Matty Healy has long been hinting at a new release in 2018 - as long ago as last summer he was near-on repeating a mantra of "Music For Cars" and "1st June". 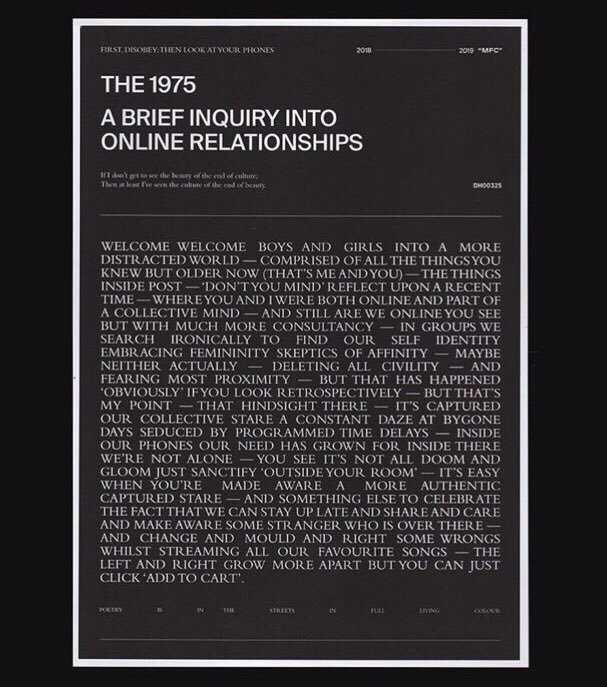