At Hammersmith Apollo tonight, Christine and the Queens delivers an hour and forty-five minutes of relentless energy, (partial) nudity, and pure stamina. Oh and gyrating, lots of gyrating. It’s quite the departure from the soft hues and angular dance moves we saw on mainstream telly when the suited-and-booted Christine was introducing her debut. “I was born a few years ago out of the will to be a bit freer,” she tells the sold-out room, introducing the “Chris” persona. “I feel stronger now and run faster.” Though her physicality is apparent from the off, that’s not the only thing that’s changed.

From the moment she bounds onto the stage to break up a mob of fighting dancers, we’re introduced to a whole new aesthetic. She’s erased any trace of the old Christine with a new cropped ‘do, half-undone rouge blouse, and a dark backdrop depicting a clearing between mountains. Opener ‘Comme Si’, sees the singer and her colourful crew bop around the stage while she implores the crowd to “focus on my voice and let go”. It’s impossible not to follow her command, especially when followed by calling card ‘Girlfriend’, which sees the dancers alternate between combative muscle flexing and slow motion grinding. “Usually I like to warm up the crowd with bad jokes but I think you’re ready,” she smirks.

After a spate of high octane cuts from the new album it’s hard to imagine how the older, more introspective material will fare by its side. But, in true Chris style, the answer lies in a slow strip of clothing, dancers, and then the band. She’s left exposed to sing a stunning ‘Paradis Perdus’, an interpolation of Kanye West’s ‘Heartless’. It’s the first of a few nods to her influences. The raunchiness of ‘Damn (what must a woman do)’ warps into Janet Jackson’s sucker punch ‘Nasty’, while ‘Nuit 17 à 52’ pays tribute to another Jackson with an impassioned verse of ‘Man in the Mirror’. The latter reference is particularly prominent in a set that’s laden with imagery of transformation. At one point the backdrop falls revealing a dramatic scene of crashing waves, to which Chris cries “it’s time to break down the walls” before launching into ‘iT’. The end of ‘Five Dollars’ sees her contort around the stage as if reckoning with a transformation, before spreading her arms into wings, referencing Black Swan. Woven into the fabric of the show is commentary of a woman’s exploration into identity, fluidity, and sexual agency. How Chris manages to keep it fun, sexy, and light is her masterstroke. Looking pointedly at her half-naked body, she bids us goodbye with “I hope you had fun, I certainly did”.

After a meteoric rise following the release of her debut album, Héloïse Letissier is back with its slick and sexy follow-up, and she’s out to prove one thing: nobody puts Chris in the corner. 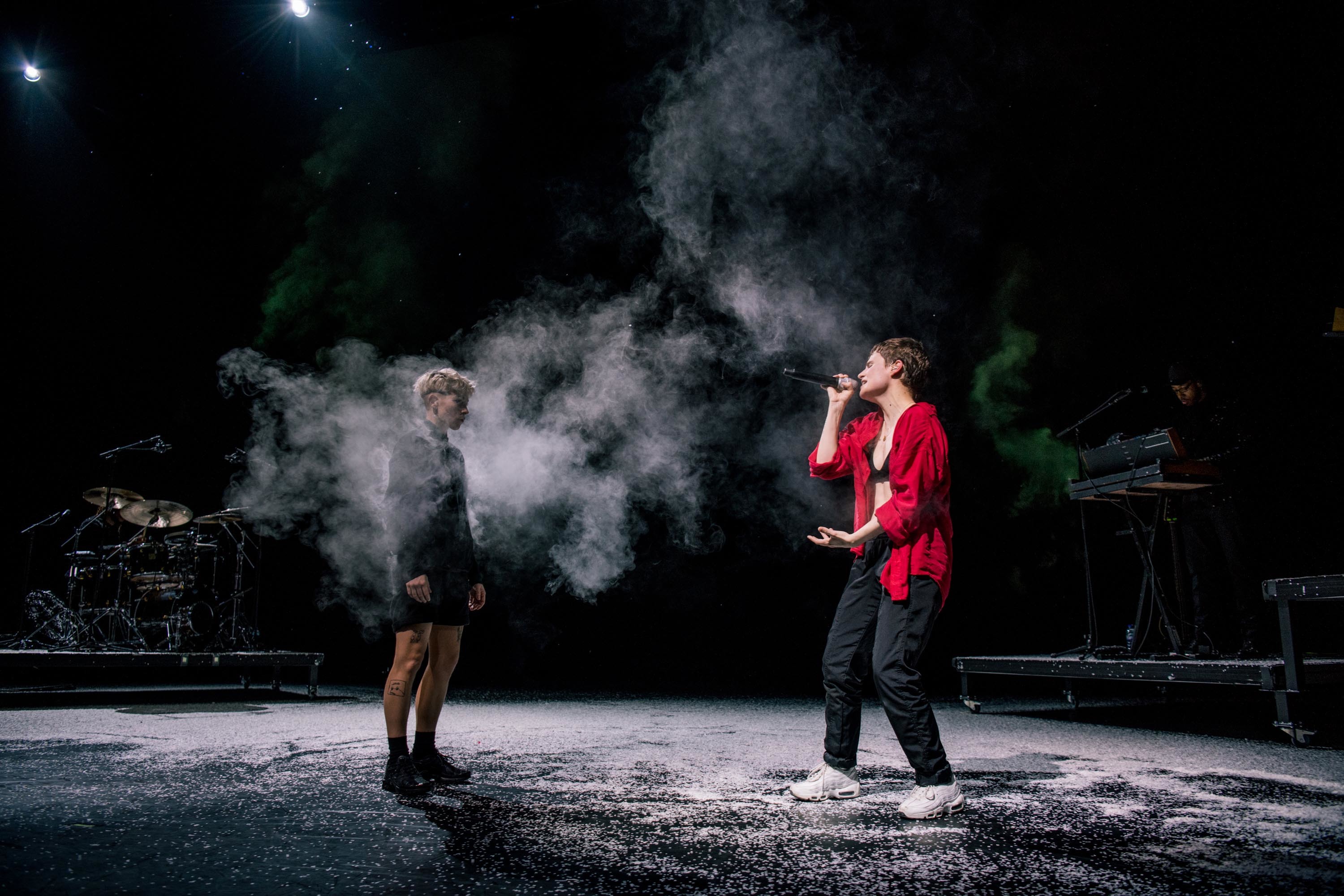 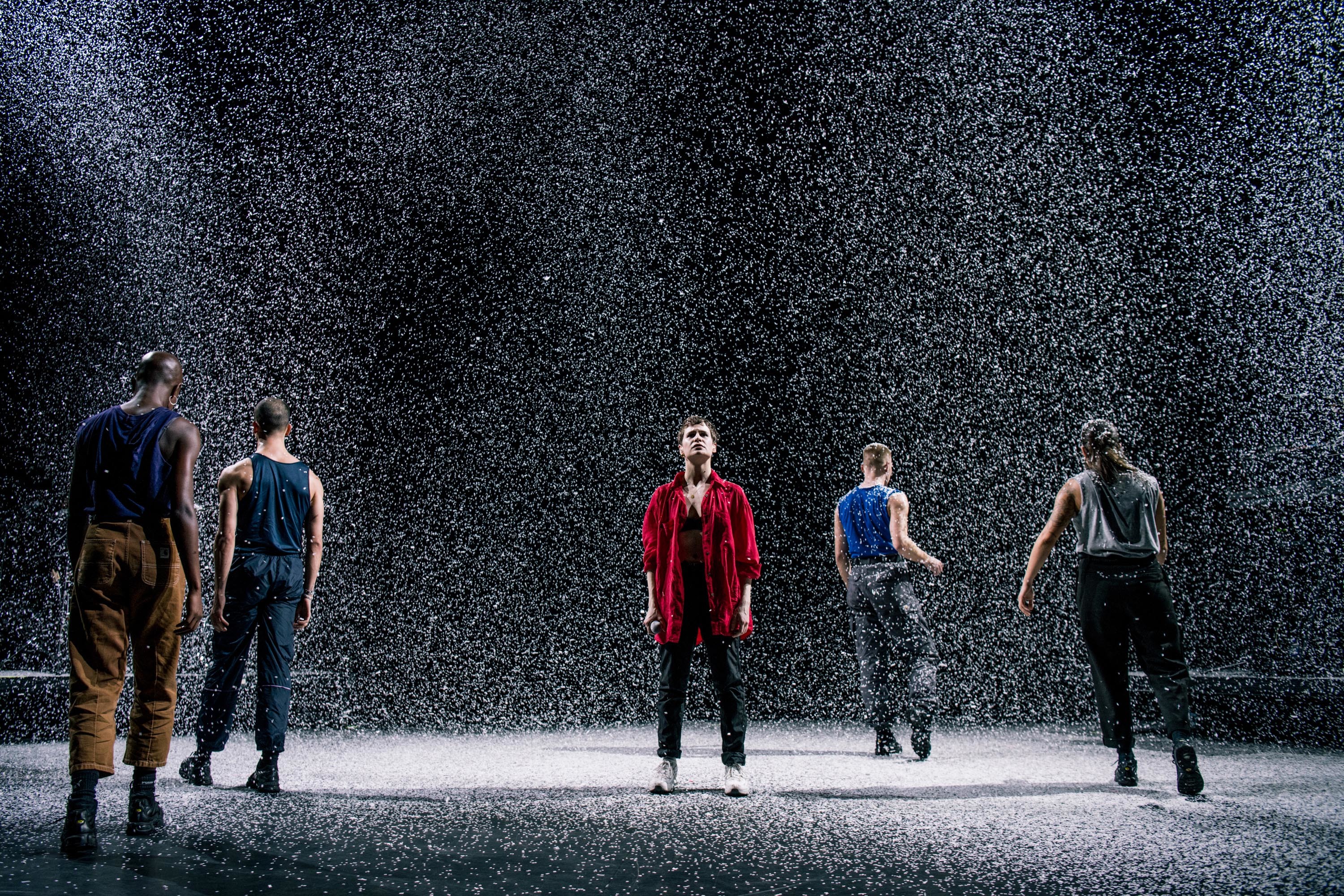 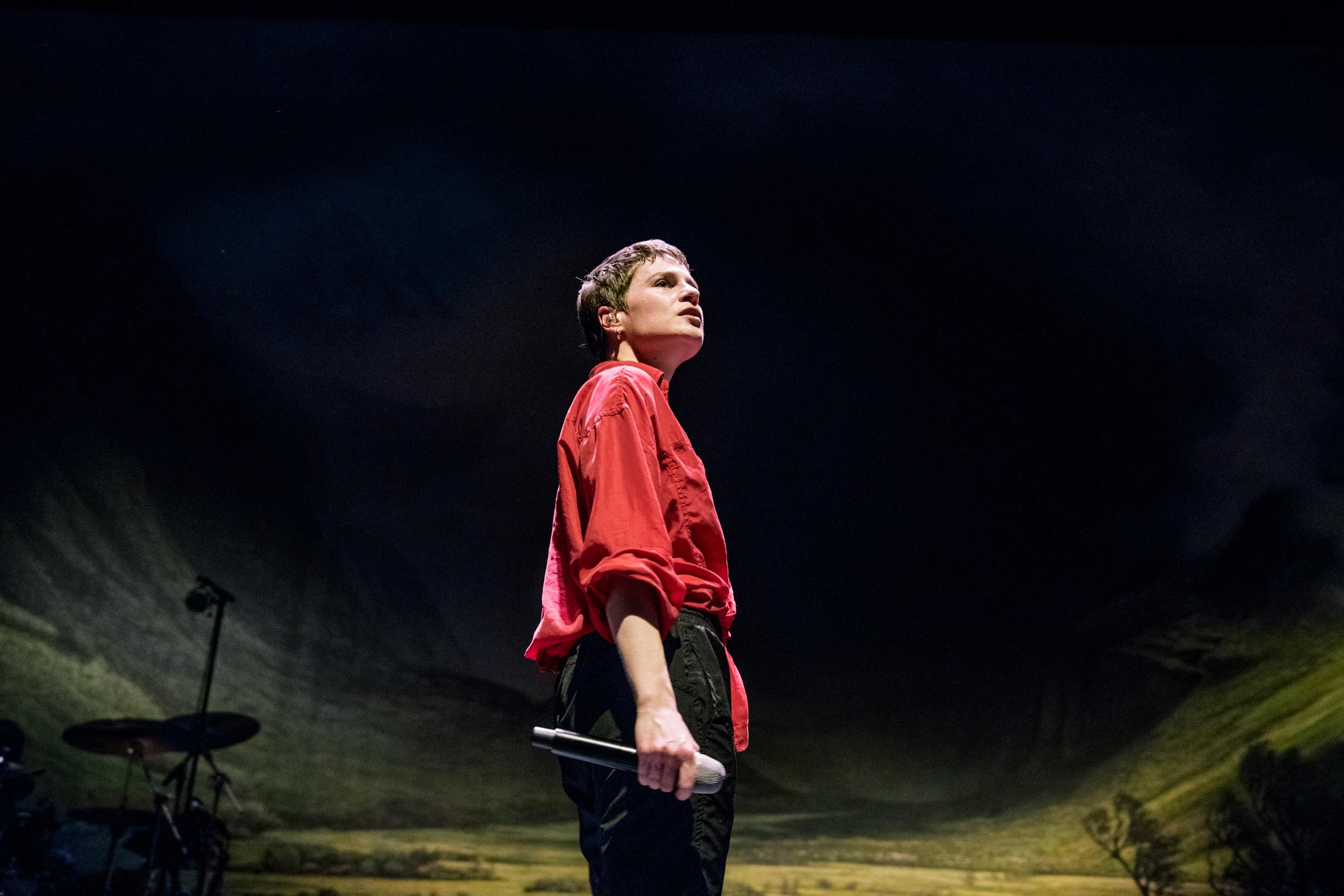 The covers were performed at Global Citizen Live.