There’s an oft-used phrase in creative circles of an artist “finding their voice”. Where after a period of testing the waters, learning to be brave, working out how to trust their instincts and so on and so forth, they finally work out their own personal recipe and the world responds in tandem. Nadine Shah is not one of these artists. Though it’s only in the last 12 months, with the release of now-Mercury-nominated third album ‘Holiday Destination’, that the wider world has pricked up its ears to the Sunderland-born, London-based singer, her story is less one of someone finding their voice and more one of people finally being ready to listen to it.

Back in 2013, she released debut LP ‘Love Your Dum and Mad’. Written following the deaths of two former boyfriends to suicide, it showed a musician imbued with the same sense of social compassion and empathy as the one reacting to the refugee crisis on her most recent album. But back even five years ago, conversations around mental health weren’t nearly as open and progressive as they are now and the record only resonated out to a small degree. “It’s a vicious cycle because what I was trying to do was discuss the fact that these stigmas around mental health exist, but these stigmas exist because people don’t wanna discuss it,” assesses the singer of the record’s impact. “It didn’t really do what I wanted it to do, and although it did do some beautiful things for some people, a bit of me’s like - what if they’d heard it now? I think people didn’t know where to put what I was making, they didn’t know where to place it.”

With 2015 follow up ‘Fast Food’, she still found that people were placing her wrongly. Penning dark, brooding tales of internal turmoil and making weighty, cathartic noise with a full band, she’d regularly find herself put on bills alongside a bunch of acoustic singer-songwriters whose only similarity was that they too were female. “At festivals, because my stage name is a female’s name, people assumed it was gonna be me by myself or with a ukulele and I’d be put on the folk tent,” she recalls, her generally cheery, effusive demeanour temporarily capped at the memory. “The most significant thing this year has been playing main stages at festivals and being put in the right slot instead of being put on the ‘all female’ stage.”

She continues: “I used to get Laura Marling comparisons all the time, which personally I mean… I wish. She’s the best lyricist of all time and I’m her biggest fan. But sonically it’s a completely different world to the one I exist in, and it’s just because she’s another female solo artist. We were always conditioned to think that there was only room for one of us and ‘female solo artist’ became a genre. So automatically you’re battling against each other and there’s a competitive nature that’s ingrained in you. Whereas now we know that’s ridiculous and it’s a really beautiful, exciting time to be a woman in the music industry because there’s so much solidarity.” 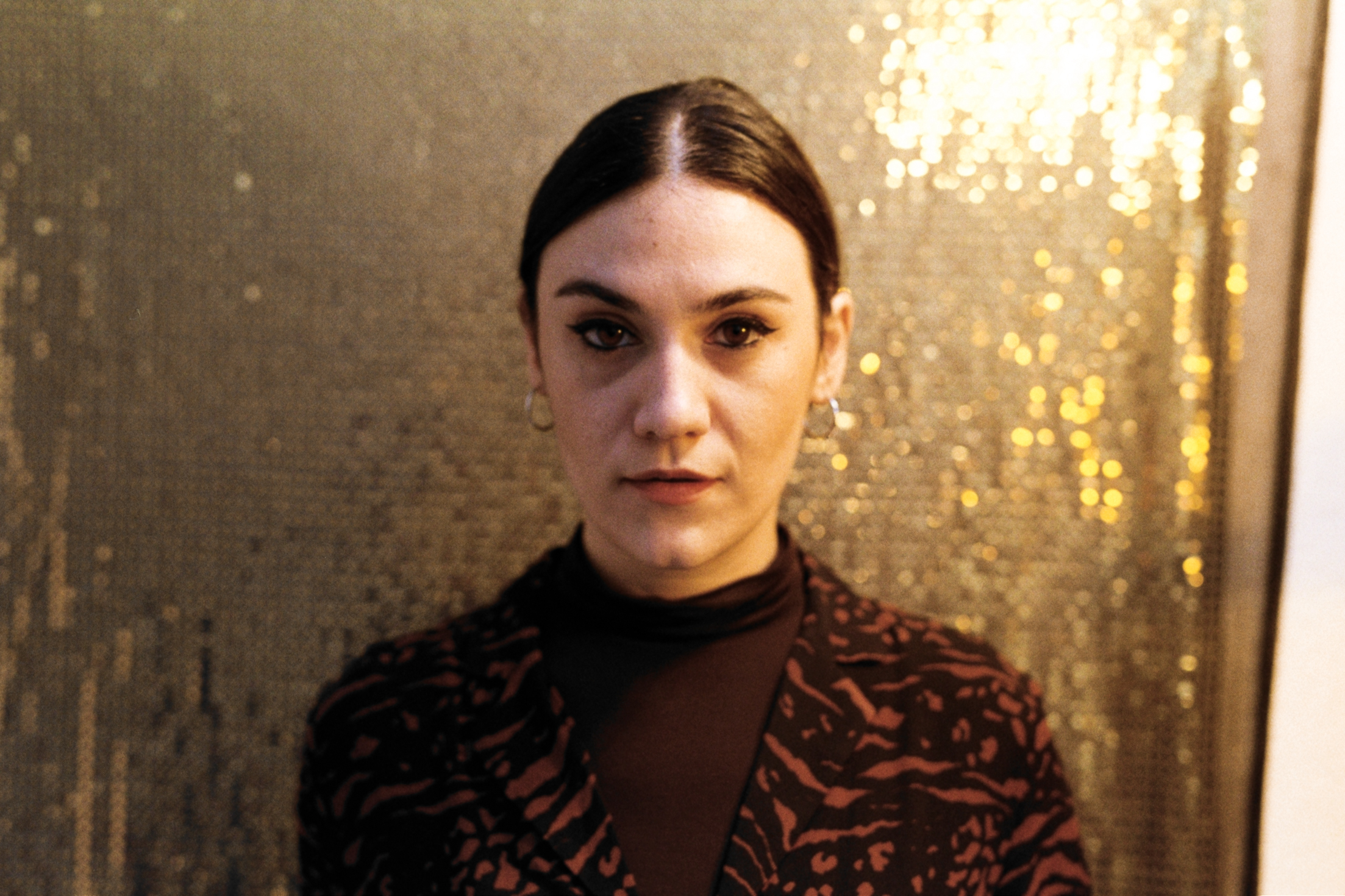 “It’s a really beautiful time to be a woman in the music industry because there’s so much solidarity.”

If it seems insane that it'd take three records and half a decade for an artist to be regarded more comprehensively than for the surface level of their gender, then it's one of many deep-rooted issues that Nadine has encountered and spoken out against. As a second generation immigrant and a Muslim woman in the music industry, she's sadly not exactly lacking in injustices visible to her from all angles. Ironically, even the fact of actively speaking out about these things levels another concern. "[You get labelled] a difficult woman. So I'm also very aware of having to pick my battles, but there's so many unfortunately at the minute to speak about," she exhales. "Originally it was as a mental health ambassador, and then talking about a rise in nationalism and the refugee crisis, women in music... so many different things at one time. And I worry that people will stop listening, because they'll think, oh she just complains about everything. But you've kind of got to..."

Yet encouragingly, what's actually happened is that people have started listening to a far larger degree. Like fellow November issue stars - and Nadine's favourite band - IDLES, the singer has found that finally, this year, her messages have started to reach a wider circle. Nominated for the Mercury Prize alongside a majority of names (Noel Gallagher, Florence + the Machine, Lily Allen et al) far more well-known than hers, the singer came up from behind to emerge as one of the favourites. And, though she eventually lost out to Wolf Alice's 'Visions of a Life', the impact of putting 'Holiday Destination' and its message on such a high profile stage was still huge. On the night, she performed lead single 'Out The Way', its stark opening lines ("You say 'Out the way', 'Out the way', 'Out' / Well where would you have me go? / I'm second generation, don't you know?") a thrillingly confrontational thing to see on a nationwide platform. Any intrigued persons looking up the track on YouTube after the show, meanwhile, would have been greeted with an equally unapologetic video, featuring the singer staring dead into the camera, with a bloody, broken nose. "I was pleased we were able to play that song at the Mercurys, because I thought if we have a chance to speak to a lot of people, let's tell them this story and let's not sugarcoat it. Let's use the most visceral and direct one that we have," she nods.

These stories aren’t just social commentary either, they're ones made all the more affecting and unflinching by their personal nature. Though Nadine jokingly describes herself as "an undercover cop" because people often assume her to be fully white, later she recounts a particularly traumatic incident last year where she was racially profiled going through US immigration. "It was so harrowing. I was in the airport and there was nothing I could do about it. So I've been directly affected by this rise in nationalism and this decline in empathy, and I can't help but think of my family who are visibly Asian and their stories of Islamophobia, or how unwelcoming the UK was being to refugees from different countries," she explains. "Maybe people find my voice a bit more poignant coming from a Muslim woman, I think maybe that’s part of it."

A record that never shies away from being overtly political. 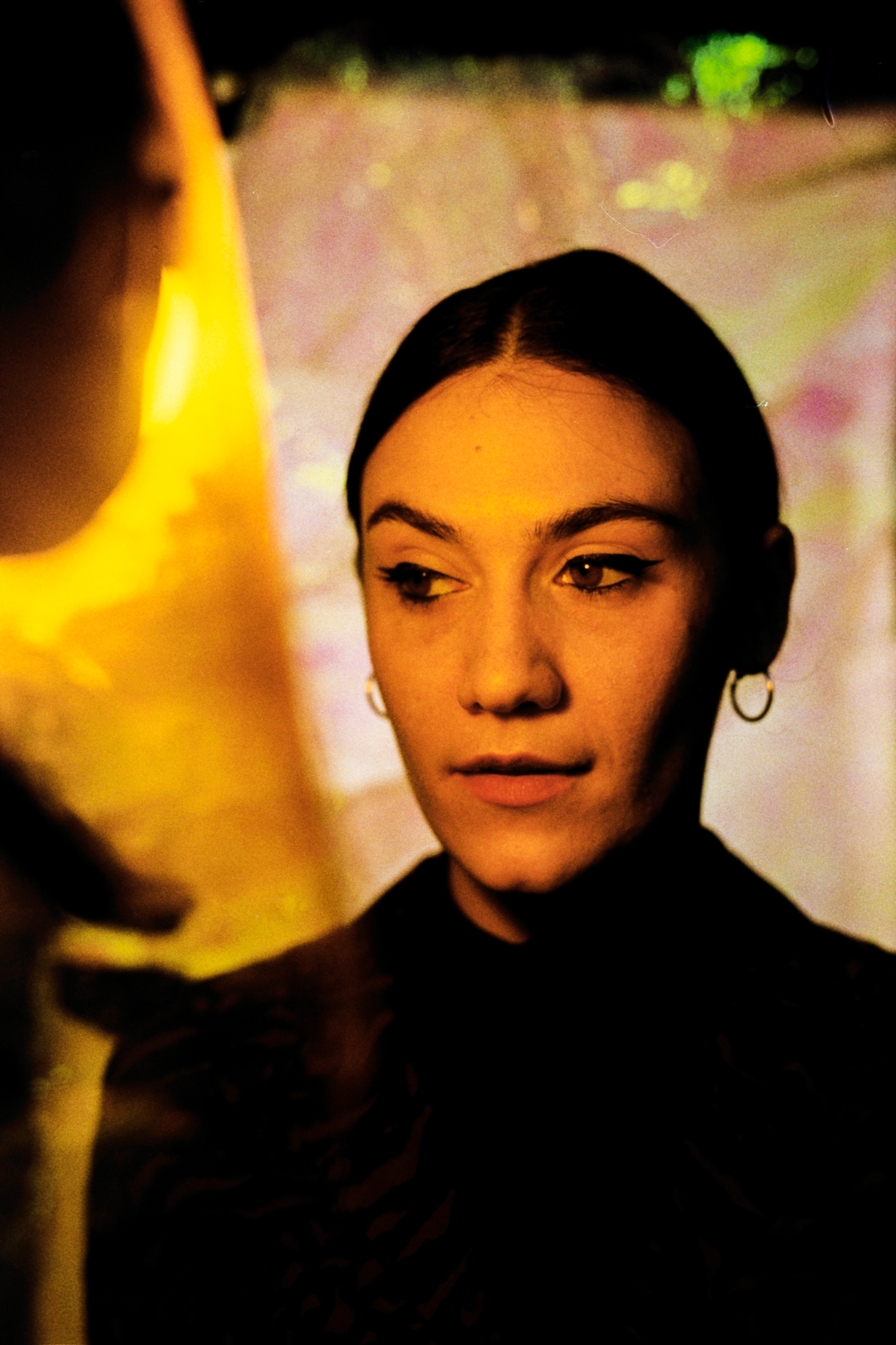 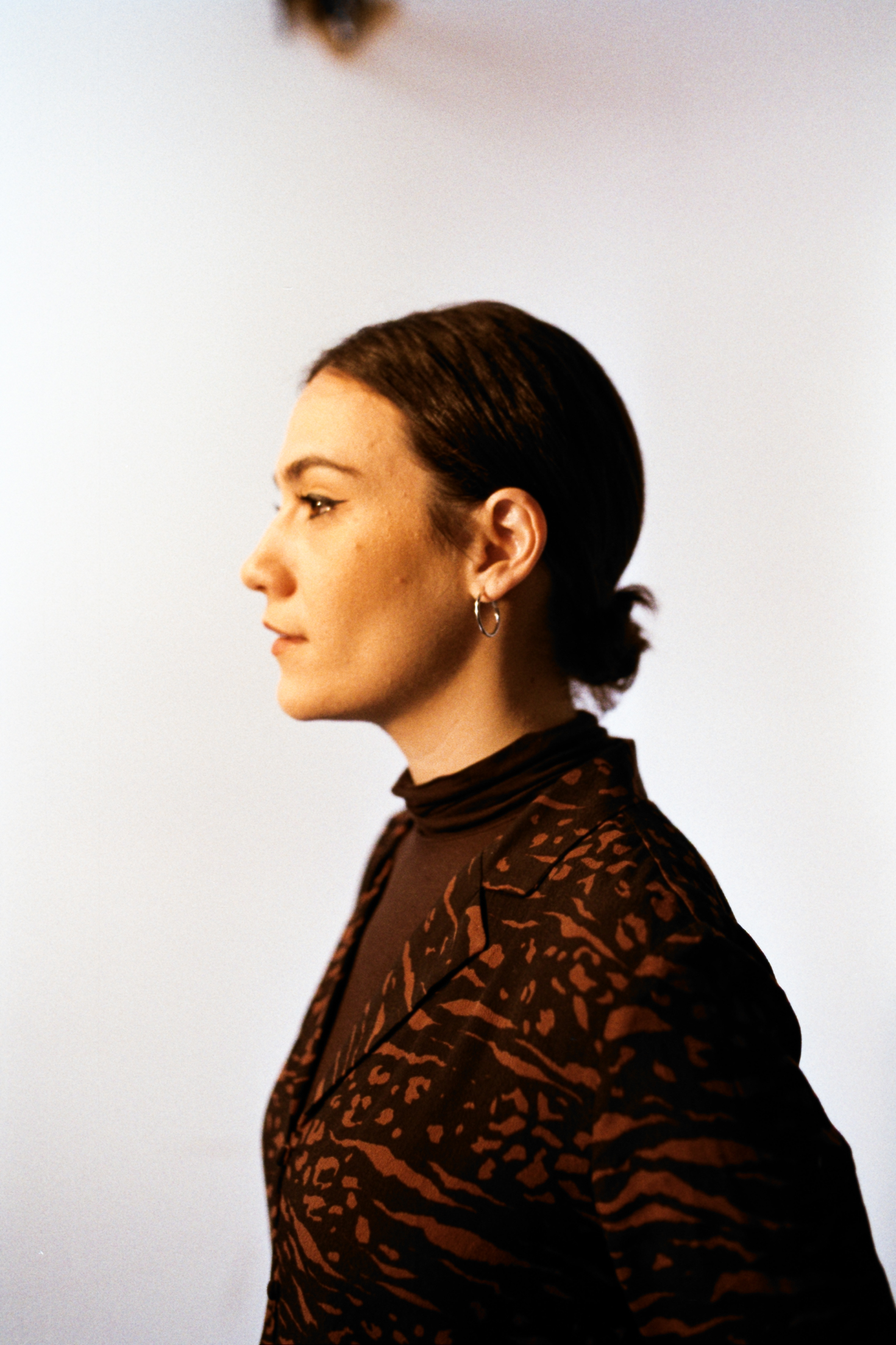 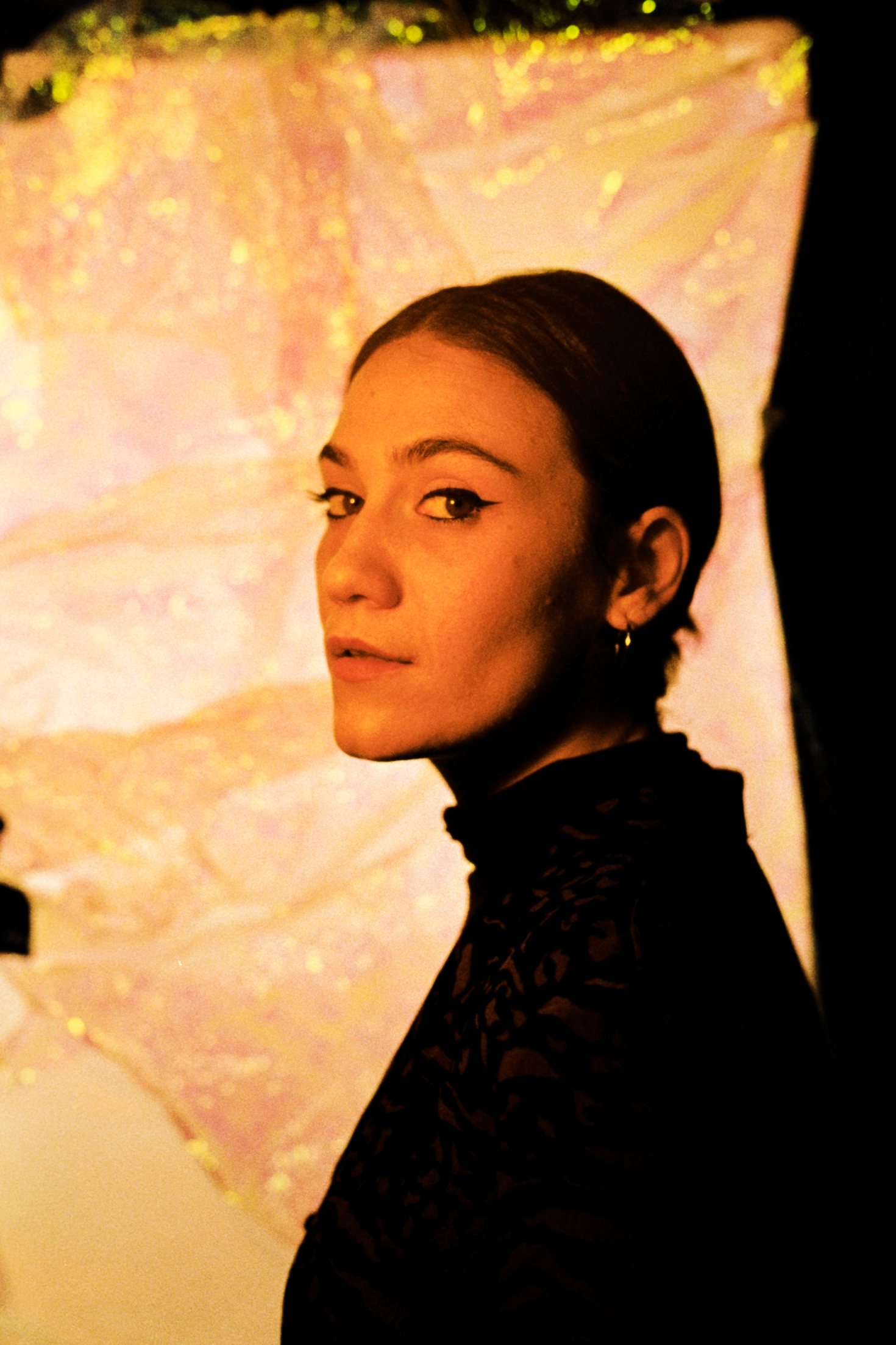 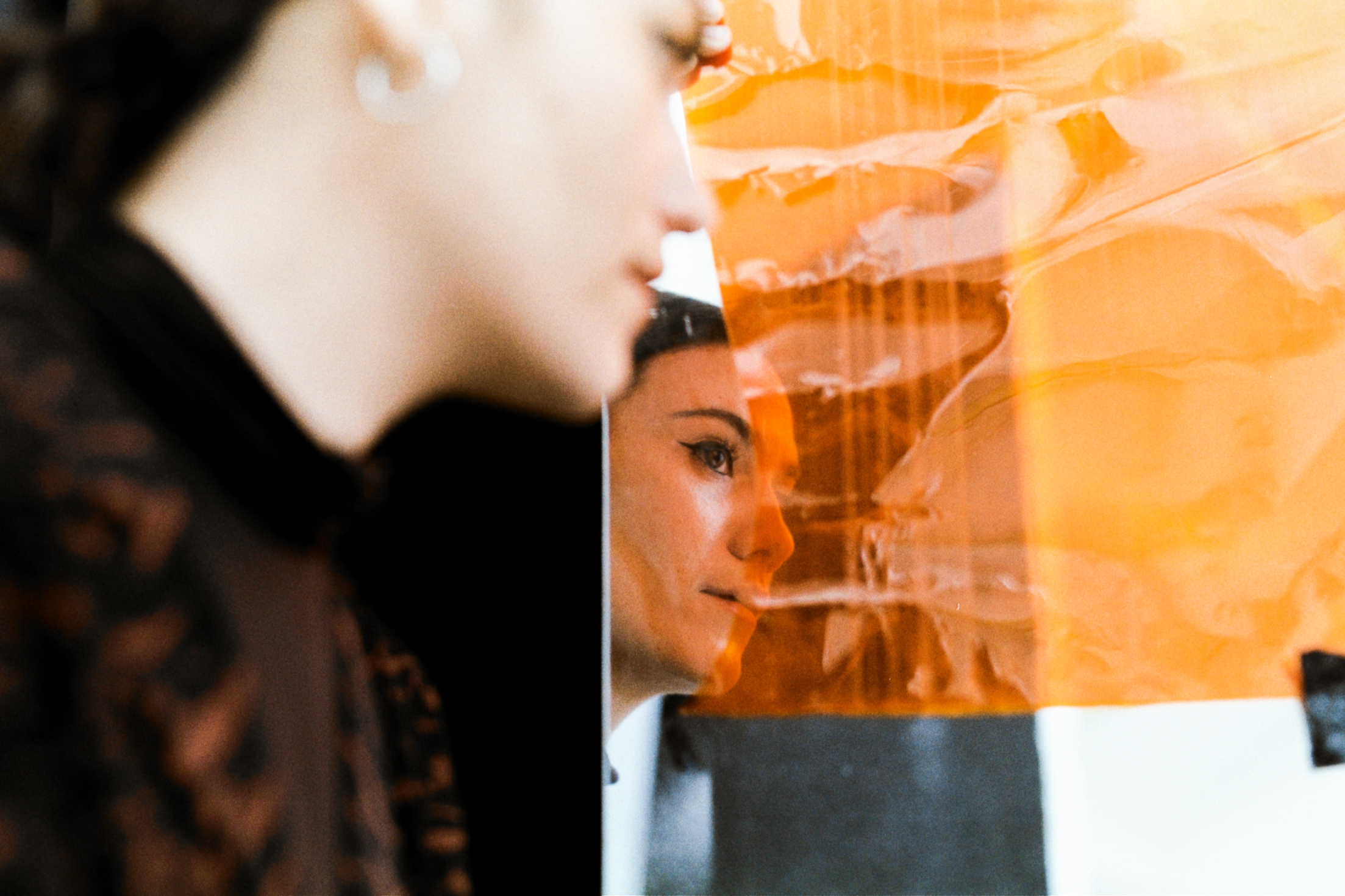 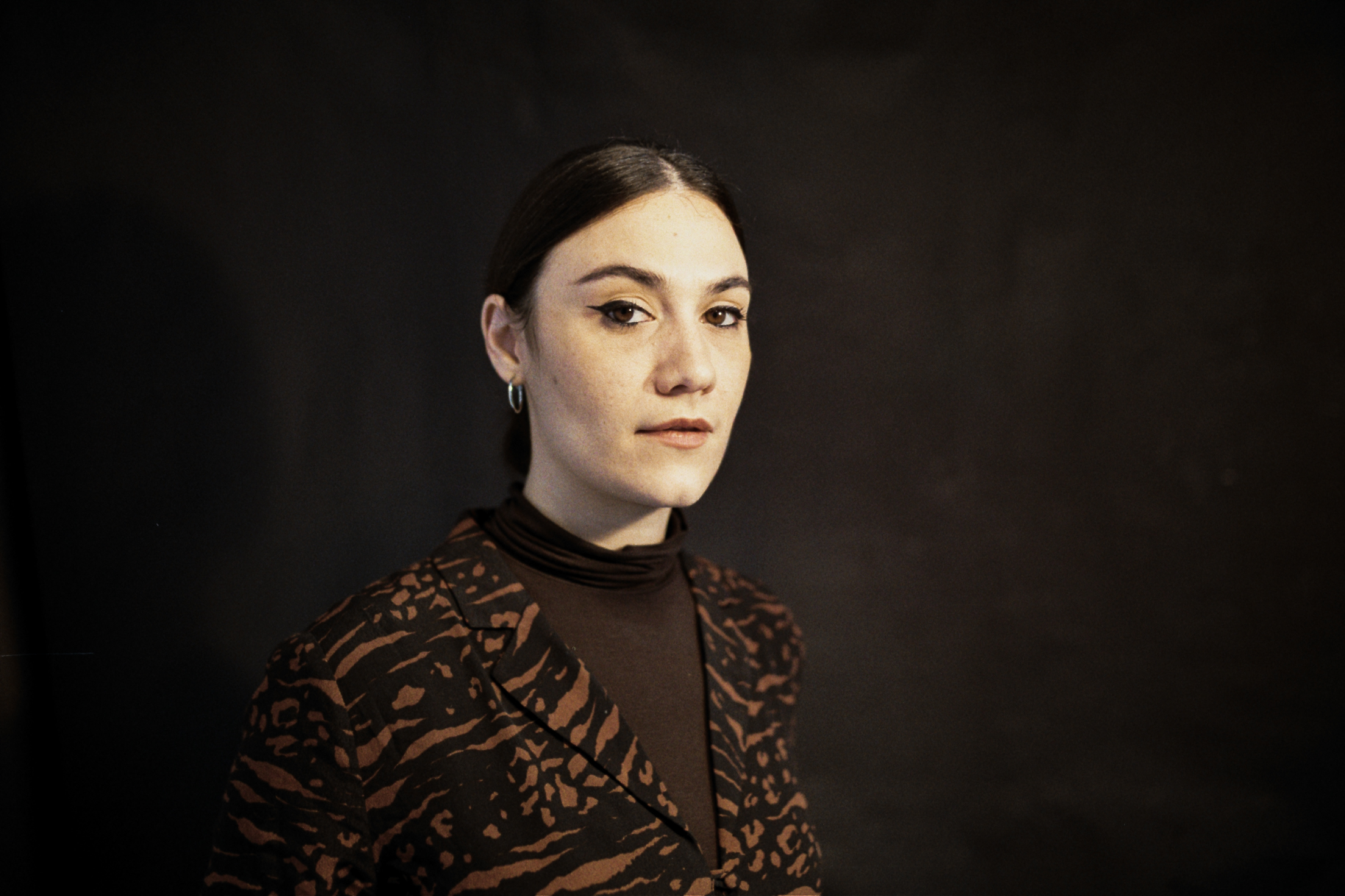 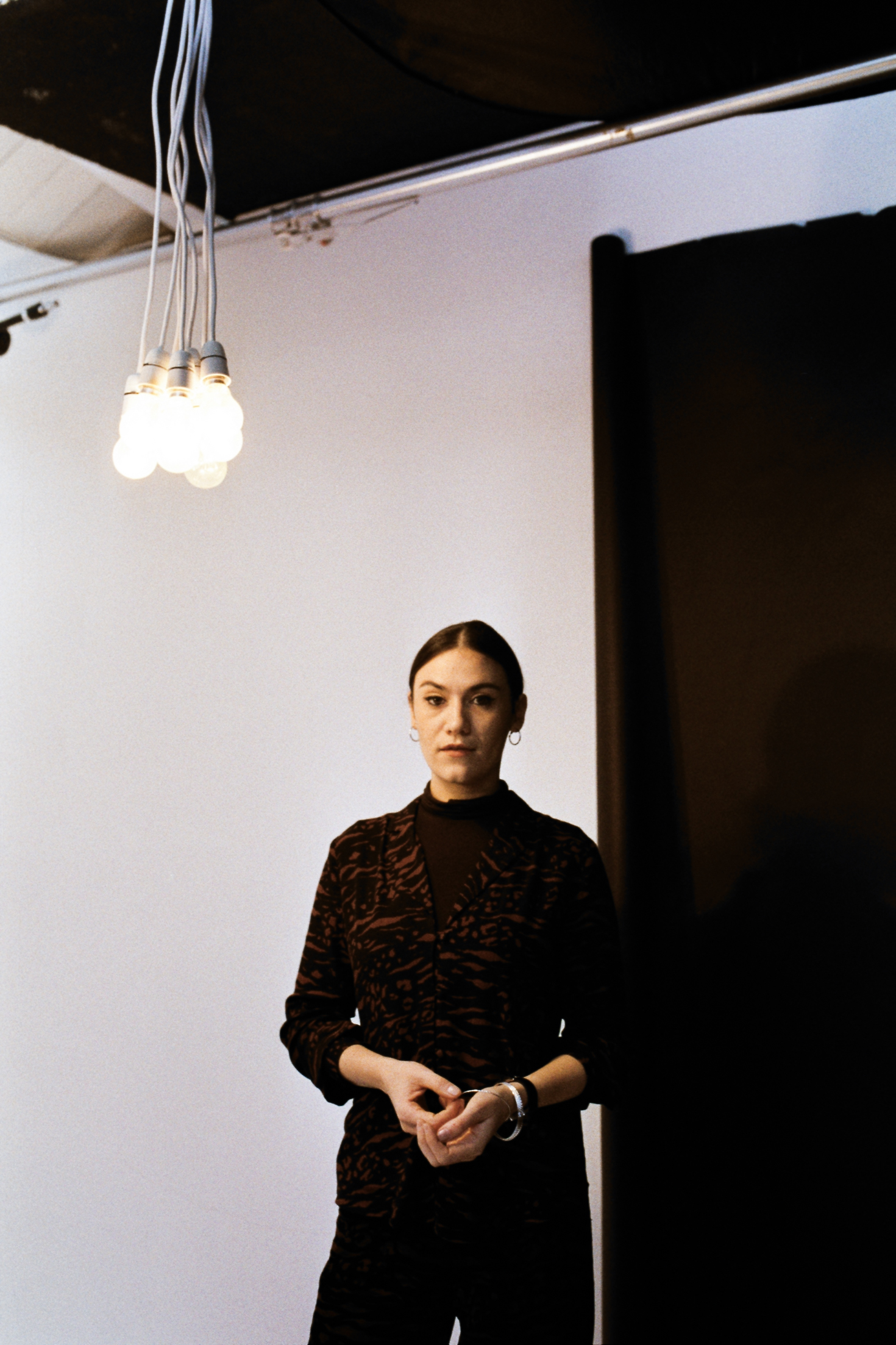 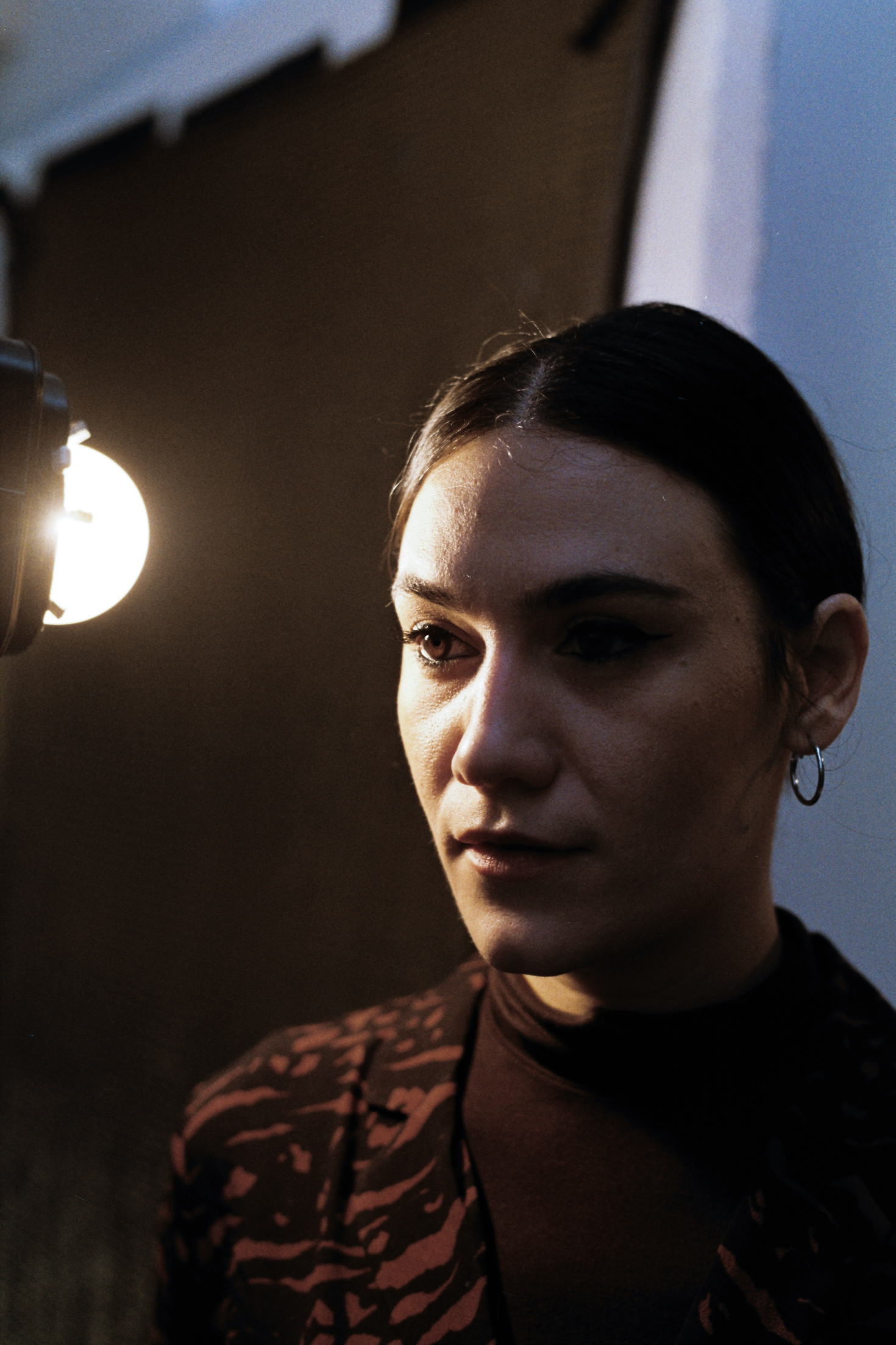 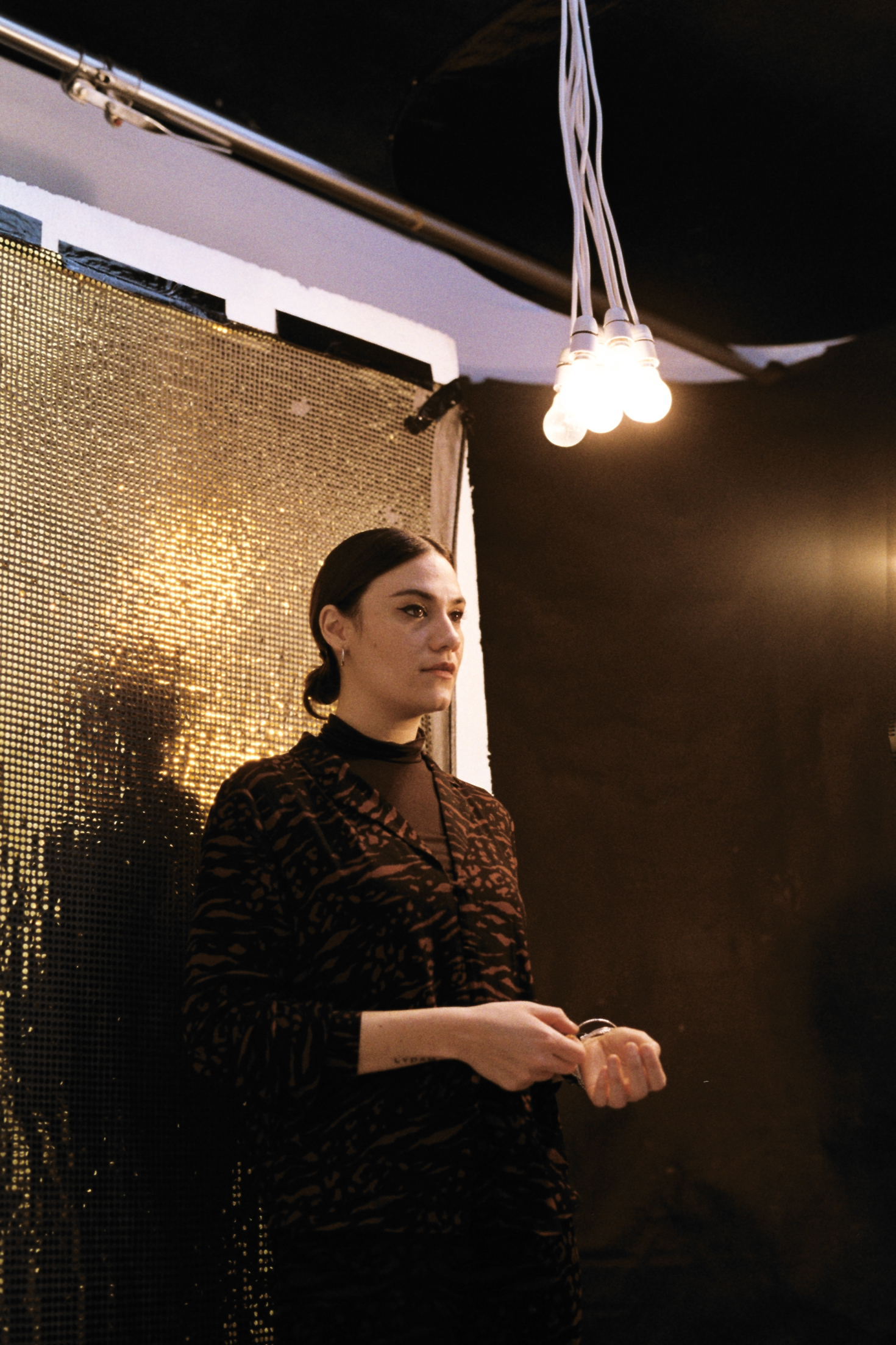 “What my album’s done for a lot of people is lend a voice to their own activism.”

In a social media landscape where expressing any kind of political view leaves you open to intense public scrutiny ("There’s been loads of conversations about whether music should be political and if Taylor Swift was isolating some of her audience by urging them to vote because they're Republicans, but THANK GOD someone with that power and reach is finally saying something," she notes, by way of example), Nadine’s candour and undiluted frustration across the last 12 months have been a hugely empowering force. More than wanting adulation and personal praise, it's markedly clear in conversation that what a bigger spotlight and a larger platform means to the singer is that she can shout these stories louder, and reach the places where they might need them the most. "I wish I was Adele. I keep saying it but I wish that Adele could have taken my album and put it out. I mean, it'd sound a lot better with her voice anyway, but she has far more clout than I have and she can speak to so many more people," she says. "I felt for so long that I was just preaching to the converted, but one thing that’s been so beautiful is that although people I’m speaking to already have the same political stance as me, they’ve been reassured that someone’s talking about it. What my album’s done for a lot of people is lend a voice to their own activism, and that’s really important. If you can't find the words, use these. They're yours, take it."

Heading into 2019, Nadine now has LP4 "pretty much written". This time around, as she approaches her mid-30s, her attentions have turned to a different side of the spectrum. "I kept saying, oh I'm not gonna write a political album again, but yeah of course I am. I think it’s predominantly gonna be focused on gender politics." She pauses, chuckling. "I’m never gonna make any money... Unless a tampon advert takes one of my songs..."

Think Nadine’s a bit of a legend? Turns out it’s in the gene pool…

“My mum put ten quid on Florence to win the Mercury. Then, when we didn’t win, she was sat on my table and she did a ‘loser’ sign at me. I turned around after they’d announced the result and she was just doing the big ‘L’ at me. She still calls me loser in text messages now, too. The opposite of a stage mother…”

Commercially obvious, her topical choices may not be, however what they are is far more important. As she's previously noted, "there has to be music to escape [to], and music to soundtrack your heartache, but there also has to be musicians that are documenting the times that we live in". Now, after years of making pertinent, questioning records that firmly fall in the latter camp, it seems like rest of the world is starting to cotton on to Nadine Shah's vital documenting, too. "You’re putting yourself in a really vulnerable situation and I think that was my biggest concern when writing this album. But [my team] kept saying to me: Yes. Say more. Be louder,” she nods. "So I am gonna keep talking about being a Muslim woman in music because I see the response. And I keep saying it, but until we’re in a position where I feel that everybody in society is properly portrayed and represented, and we’re at a point where we have a realistic view of society, then I refuse to stop talking about it."

'Holiday Destination' is out now via 1965 Records.