As any parent of several dozen groups of unruly musical children will know, it’s with a huge sense of pride that you watch your young’uns fly the nest and make their mark on the big wide world.

And so it seems fitting, on the first day of annual new music scrum SXSW, that it’s a whole heap of homegrown talents that charge out of the blocks and make early claims for greatness – not least the bands DIY have brought with us for our own stage at the British Music Embassy, based at Austin’s Latitude 30.

A be-hatted Willie J Healey kicks off the evening with a set that takes the sepia-tinged croons of recent EP ‘666 Kill’ and adds some live muscle. Backed by a full band, it turns his often melancholy tendencies into rock’n’roll rippers that veer from Mac DeMarco twinkle-eyed capers to full on noisy romps. He’s got a likeable cheeky-chappy on stage presence, too, that ensures things never stray too far into lad territory; with a second LP in the works, it feels like Willie’s properly honing in on his own niche these days.

Fresh from their debut American shows at New York’s New Colossus festival at the weekend, Scotland’s The Ninth Wave are in their stride and taking no prisoners. Channelling Depeche Mode and the flamboyant, stadium-gazing end of new wave, co-vocalists Haydn Park-Patterson and Millie Kidd are a ferocious team; dressed in monochrome versions of the same outfit, they’re two halves of one whole, less any combination of a brother/sister/partner/lover combo than something altogether less clear. The songs, from the vein-busting air punch of ‘Swallow Me’ onwards are sweated out at the absolute edge of both of their limits; it looks exhausting being in The Ninth Wave, but they make it seem easy.

Straight off the plane from a European tour, Anteros are impeccably tight tonight, roaring towards the release of their debut album ‘When We Land’. Laura Hayden is all about showmanship, and bounces her way across the stage with abandon. When the set arrives at ‘Bonnie’, the band’s calling card, she invites a host of women from the crowd up on stage to, as she says, make her feel less lonely as a female in the music world. As a show of community and companionship, it’s brilliant.

Whenyoung follow them, fresh from their first US shows up in New York, including a set on DIY’s stage at New Colossus Festival. The band’s live sound has been beefed up of late, and they crash through opener ‘Pretty Pure’ with reckless enthusiasm, gaining brilliant confidence with every next show. Guitarist Niall Burns is a livewire, zig-zagging across the stage and eyeballing the front row, while Aoife Power sturdily weaves chunky basslines and gorgeous, affecting vocals. A testament to their ever-growing confidence and resilience, an unexpected set highlight comes while Niall experiences technical issues with his guitar pedals and Aoife fills the space with a spellbinding acapella version of old English folk song ‘She Moved Through The Fair’. It turns out there’s plenty more buried in this trio’s hooky indie-pop than is immediately apparent, and watching it all burst out is proving an utter treat.

With King Nun forced to pull out last minute (hope you’re alright, lads), Brighton’s Thyla swoop in to save the day and take the witching hour spot. Gleefully chatting to the crowd and spelling out their name, vocalist Millie Duffy is a effervescent frontperson, dishing up the band’s dreampop-tinged indie before Sports Team arrive in a barrel of ridiculous theatricality, indie bangers and lyrics about Tesco Finest to put the British firmly, fully into the British Music Embassy.

If the sextet’s quintessentially English sense of humour and references to all manner of things that almost certainly have little-to-no traction over this side of the Atlantic (Goldsmiths University? A mini roundabout in Aldershot?) might mean that there’s something lost in translation, then tonight proves they needn’t worry. Frontman Alex Rice is in full attention-demanding show mode, flinging his arms out in Christ pose, telling someone off in the crowd for saying he moves like Jagger, and climbing up on the bar for a run through of ‘Kutcher’. It’s sweaty and jubilant and exactly the kind of thing that’ll see them wrestle their way into SXSW’s must-see list.

Across Austin on the first proper day of music here at SXSW, there are plenty of other statements of intent laid out by young, fresh talent from the British isles. None put their stamp down more forcefully than Squid. Taking to Hotel Vegas in the early afternoon - a three-stage bonanza that features more than twenty bands across the day, including Black Midi, Oh Sees and more - the Brighton five-piece bring unrelenting exuberance to their first show Stateside. “We’re gonna play some Brexit bangers for you,” singing drummer Ollie Judge quips before they roar into 35 minutes of noise that could well see them become a true success story at this year’s buzzfest. Switching between instruments like musical chairs, throwing horns, cowbells and the metaphorical kitchen sink into the equation, all set above Talking Heads-influenced jaunty punk, it’s an intoxicating cocktail. New single ‘Houseplants’ shows off this frenzied energy best, singing of the disillusion of life in your twenties and the lazy stereotypes levelled at millennials over fizzy, intricate dance-punk. As a soundtrack to staying young forever, Squid are pretty perfect, and put a match to the first day of SXSW for the rest of the week to follow.

They’re joined on the outside stage at Hotel Vegas by a very different proposition in Black Belt Eagle Scout. Singing of “how [native American] culture continues to thrive even though some of your ancestors tried to kill us” over hugely emotive indie rock on ‘Indians Never Die’ and weaving tales that fold out into fuzzy, raw guitar solos, the trio make their SXSW debut this afternoon and bring a passionate thump of a set to the first day.

Before Black Midi take to Hotel Vegas at midnight, they introduce themselves to the US in particularly esoteric fashion at Austin institution Mohawk in mid-afternoon. Coming on stage to a warped, droney version of Kacey Musgrave’s country-pop banger ‘High Horse’ (obviously), the four-piece bring all the buzz they’ve harvested across the UK in the past year and show that their arm is set to reach very far indeed. New song ‘Speedway’ and debut single ‘bmbmbmbm’ are pulverisingly heavy and intricate in equal measure, all delivered by wonderfully nonchalant frontman-of-sorts Geordie Greep. They’re followed by Fontaines DC, who are set to go one better and become THE band of SXSW 2019. Playing their debut album ‘Dogrel’ in full, the set sways between the incessant, driving punk of ‘Big’ and ‘Too Real’ and the jangly sway of ‘Television Screen’ and closer ‘Dublin City Sky’, both as affecting and exciting as each other. In Grian Chatten, the band have a proper frontman, one to treasure and adore. They play eight more shows across the week, and by the time they leave Texas, their place as one of the most exciting new bands on the planet will be locked in. Not a bad way to start, huh.

Not just a bittersweet listen, a confusing one as well. 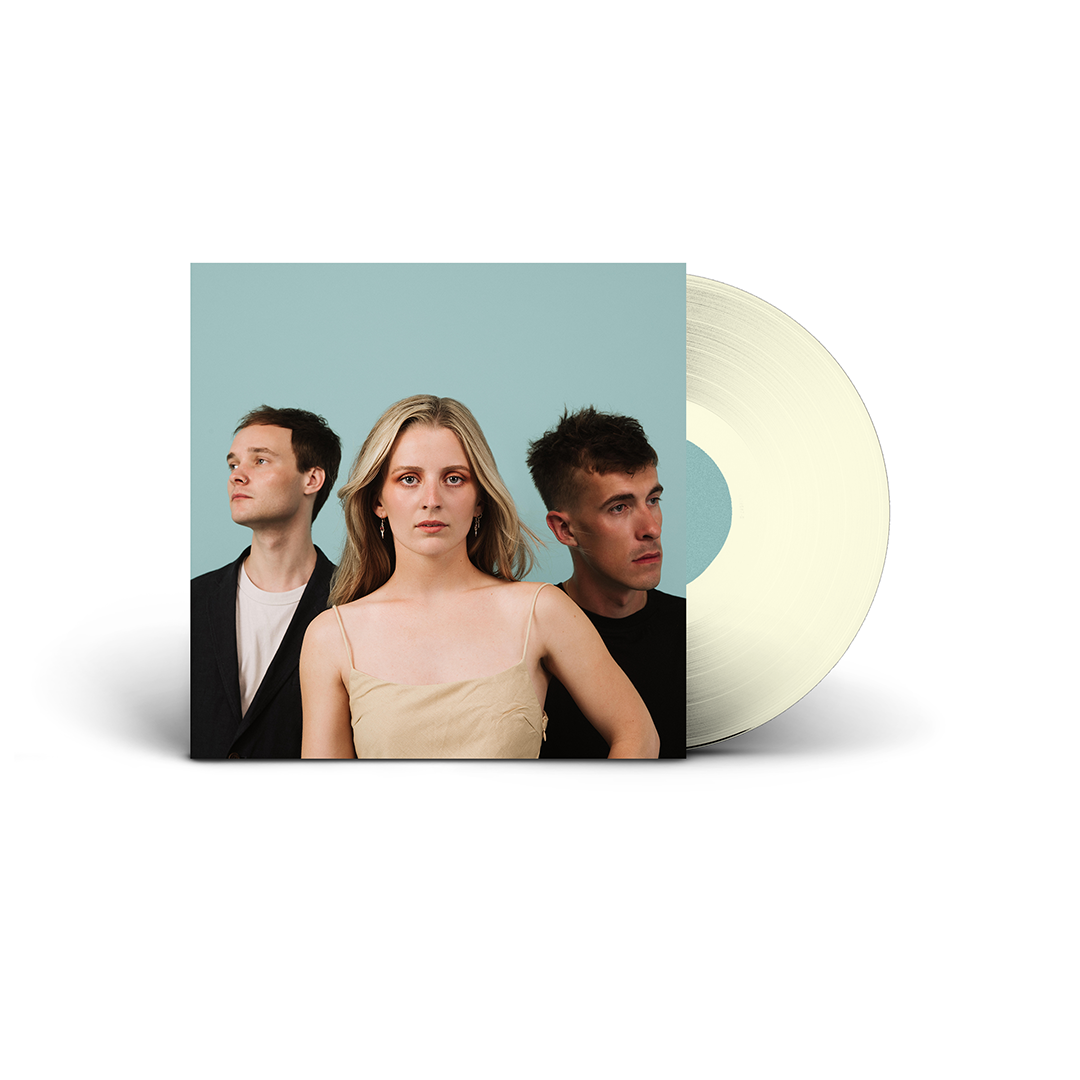 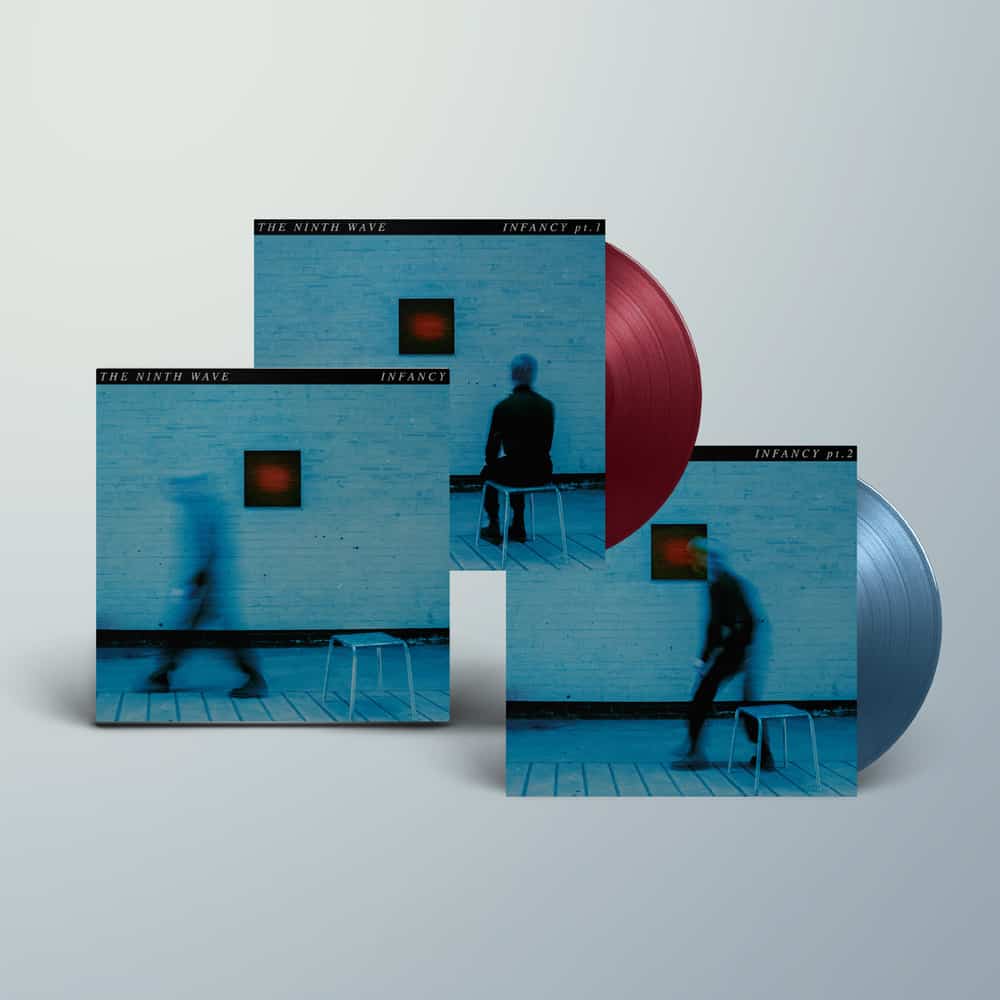 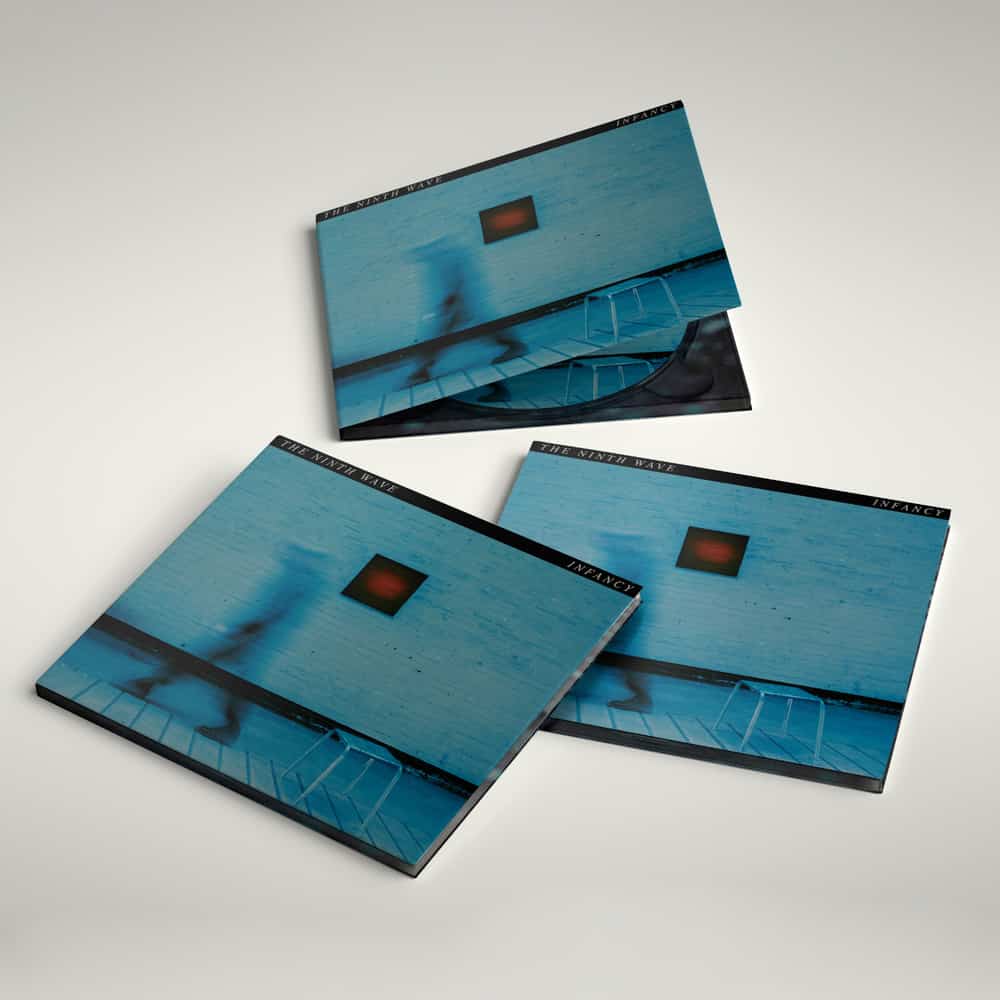 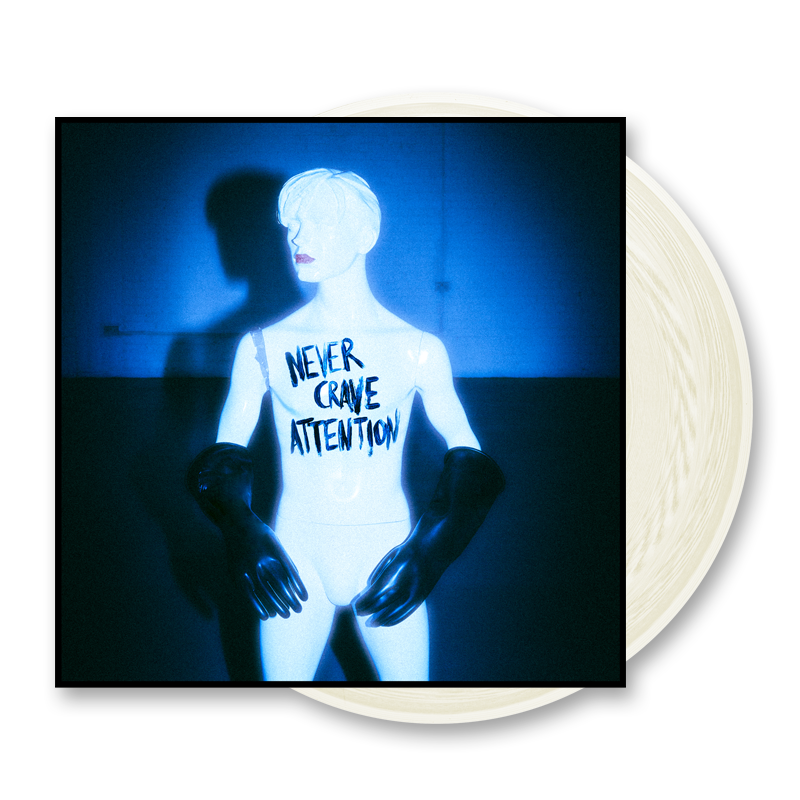 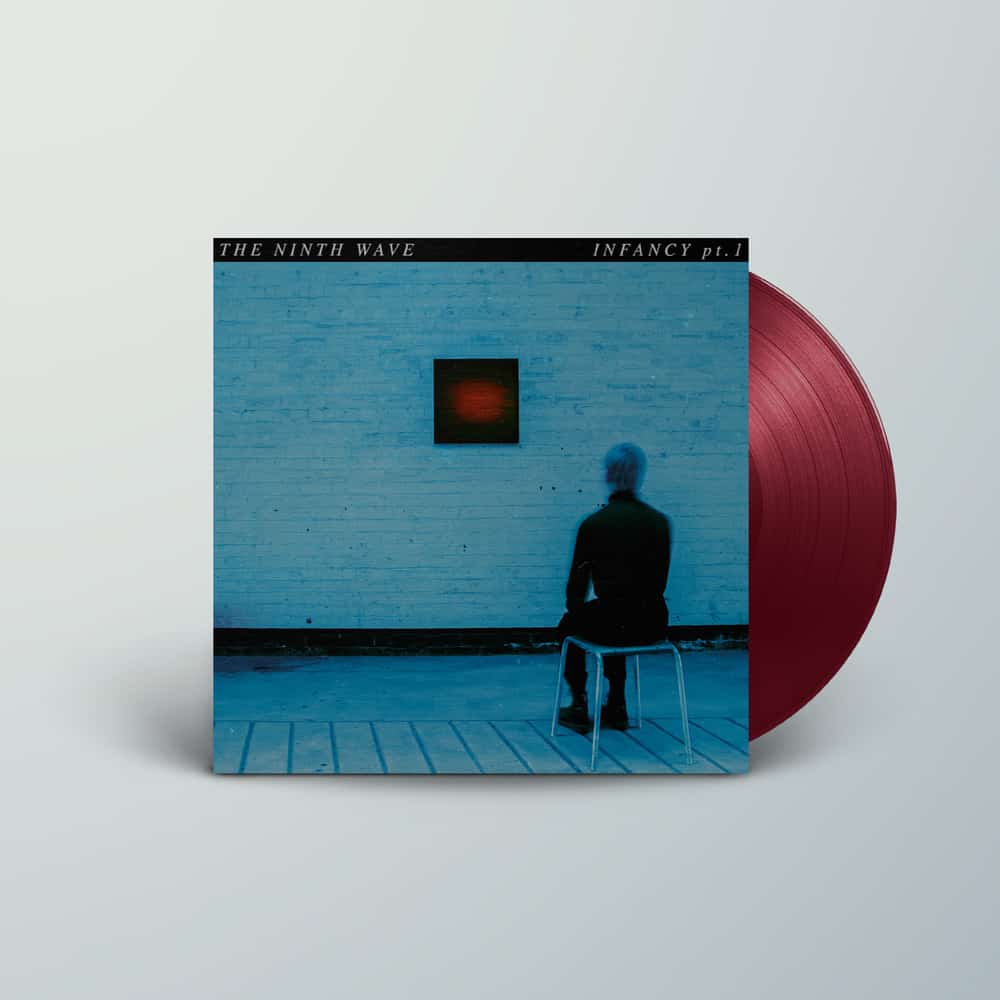 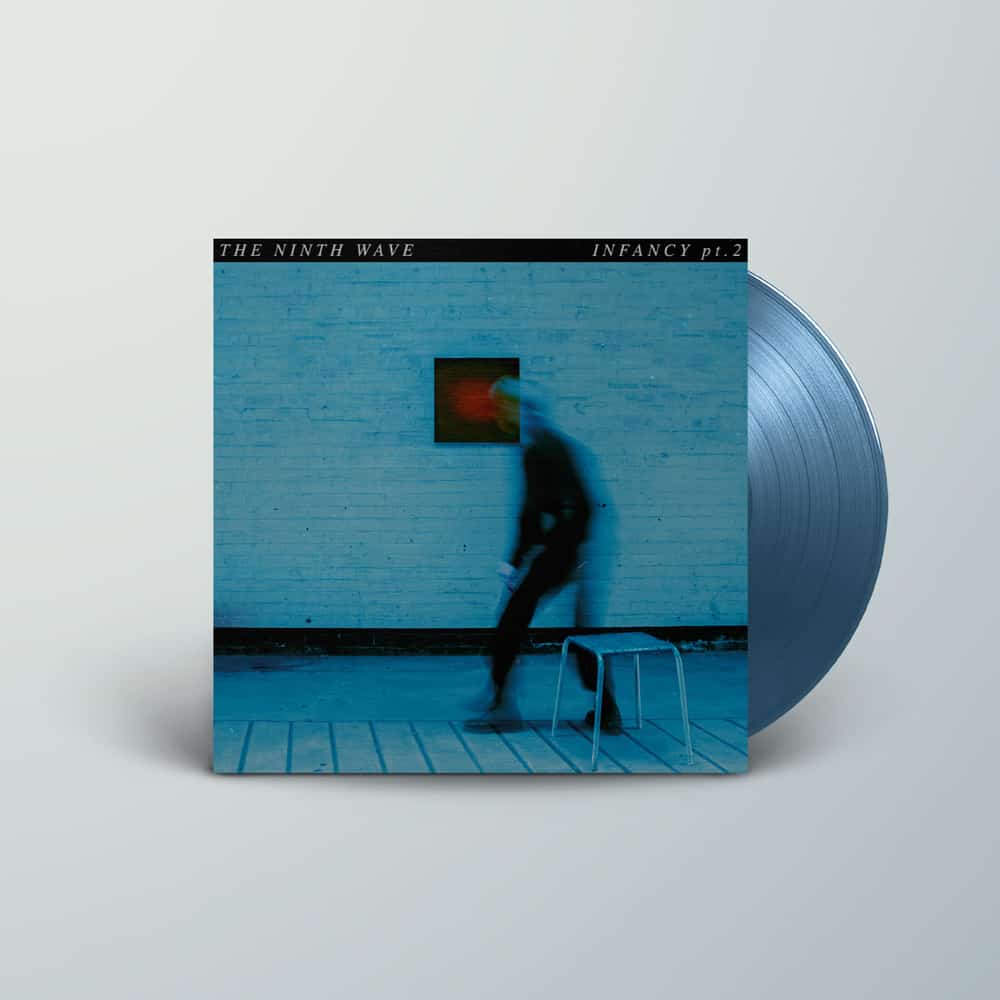