Sinead O’Brien’s life has always revolved around embracing and immersing herself in universes. When she was a child, her musical world was formal and classical; taking up piano aged six and learning with a teacher who was “really incredible but very intimidating and nerve-wracking”, she was all-but forbidden to play anything contemporary, instead submerging herself wholly in the composers of the past. “It was a bit like being a baby ballerina - it was either a lifestyle choice or nothing at all,” she remembers. “Piano was classical, and it was wrong or blasphemous to play pop music or rock music on it; it was bred into me that it was dirty and not right, so it never felt like the instrument for me to express things on.”

As she got older, with the help of fellow Limerick friends Whenyoung, she began to discover New York’s ‘70s underbelly, greedily researching and absorbing the artists and creatives that informed that snapshot in time. “We had this book circle going around where we’d give each other copies when we were finished - Please Kill Me, and Lou Reed’s book and all of those,” she says. “Music and writing and poetry, and all these things that built a scene at that time. I still had no idea I’d end up writing things, but it started to build an image in my mind of this whole movement.”

Then, after completing a degree in womenswear design, she upped sticks to Paris to intern for John Galliano. For the past six years, she’s worked with Vivienne Westwood, who she casually describes as a “mentor”. “They’re my ideal dream designers because it’s a whole narrative and aesthetic that they create,” Sinead nods. “Galliano was gone by the time I got there, but his earplugs were still in the bin and I remember everyone just wailing over them, being devastated.”

It’s into a sensory, 360-degree world that Sinead’s music lands, too. One step on from spoken word poetry, hers is a particularly lyrical voice, an instrument in itself that plays off the post-punk guitar lines around her in an equally-weighted dance.

Originally starting life as a means of documenting her new life in Paris to relay to her friends at home (“I wanted to distil it into something and show people what I was seeing”), it was only when she was asked by a friend in London to read something at a Brixton Windmill show that Sinead began to think about how to present her wares. “At that point, the word was ‘read’ but I never really thought I would want to read something, so I immediately asked Niall [Burns, Whenyoung] to come up with something on guitar,” she recalls. “We had 20 minutes in the house before, and I just gave him some adjectives to play with, but even from the first time we did that it jumped from being ‘read words’ to something that was one step further. Music was a vessel for it, and it gave it a much bigger world for it to exist in.

“I loved [that first show],” she continues. “I was so ill, but I did it and I didn’t feel any nerves. In the whole world, and in the whole context of who I am, this is when I believe what I’m saying so I have no problem doing it and I want to present it. It definitely feels right.”

Meticulously thought-through and writing from the position of unguarded narrator (“I sometimes have these realisations when I’m performing where I feel naked, but that’s a good thing. I like the exposure; I like daring to be scared”), Sinead’s early output soon caught the eye of expert talent spotter and Speedy Wunderground main man Dan Carey, who brought her in to record debut single ‘Taking On Time’ last summer. Now, the pair have just finished laying down her debut EP. “He just knows how to get your thing into being and make something more like you than you ever even knew. He knows how to get you to become so alive and then you freeze it there,” she enthuses. “That sense of confinement [Speedy Wunderground tracks are all recorded within 24 hours] and limit is where I thrive; I think that makes me explode.”

The EP, she explains, is designed to be “like the radius of a wheel”, offering different directions of interest as to where she could go next. “I want the freedom to go where I want to go,” she says. “I’m quite sure I’ll be there before and after whatever hype [comes my way], so I don’t really see myself in that.” But whichever way the next year takes her, at least Sinead can always count on one pal to have her back. “My friend likes to show [Vivienne] videos of me wearing Westwood suits on stage, and she seems to like the music,” she laughs. “She invented punk! But yes, she’s very supportive.” There are certainly worse people to have on side…

Top tier fashion designer by day, punk poet by night, Limerick’s Sinead O’Brien is a one-woman lesson in the power of dreaming big. 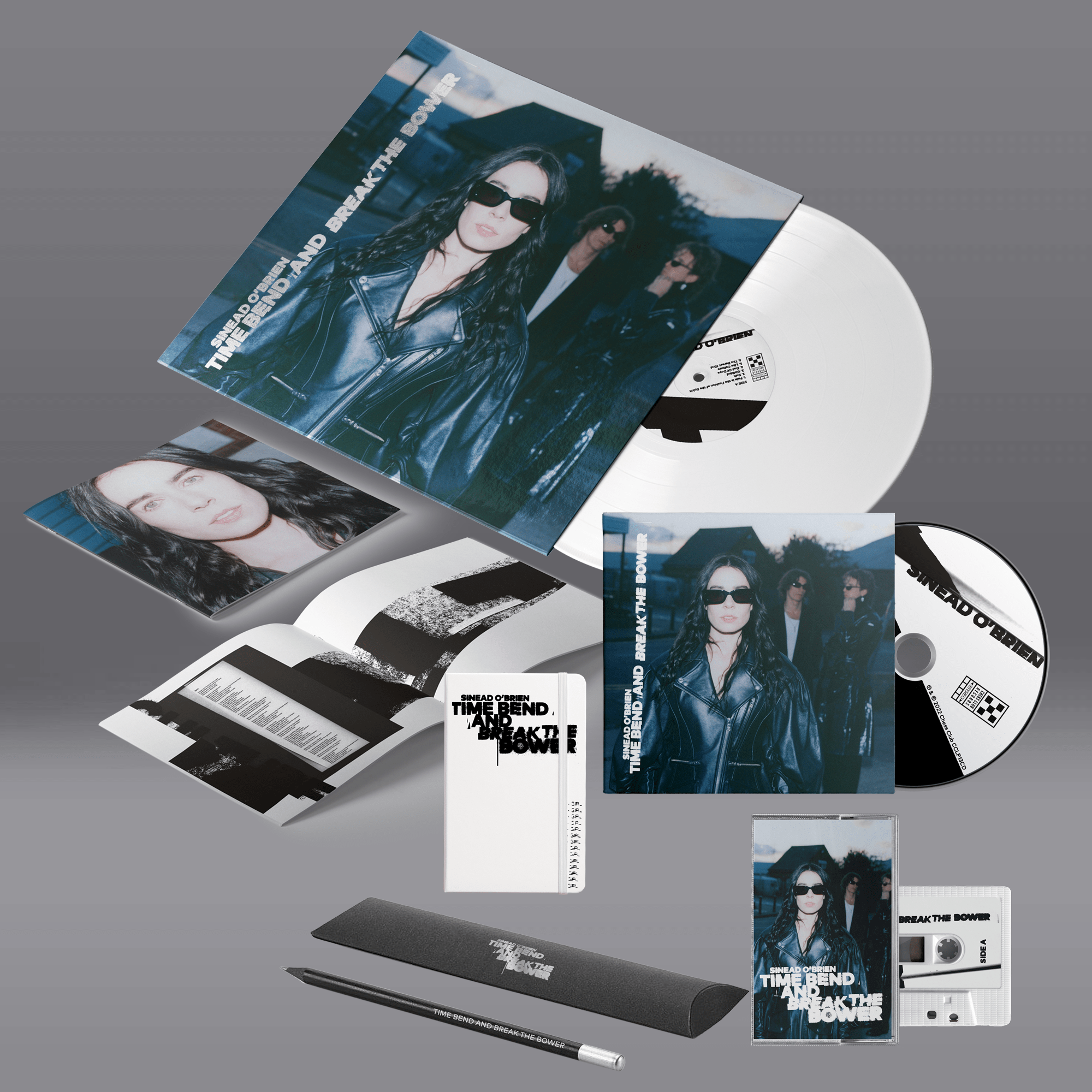 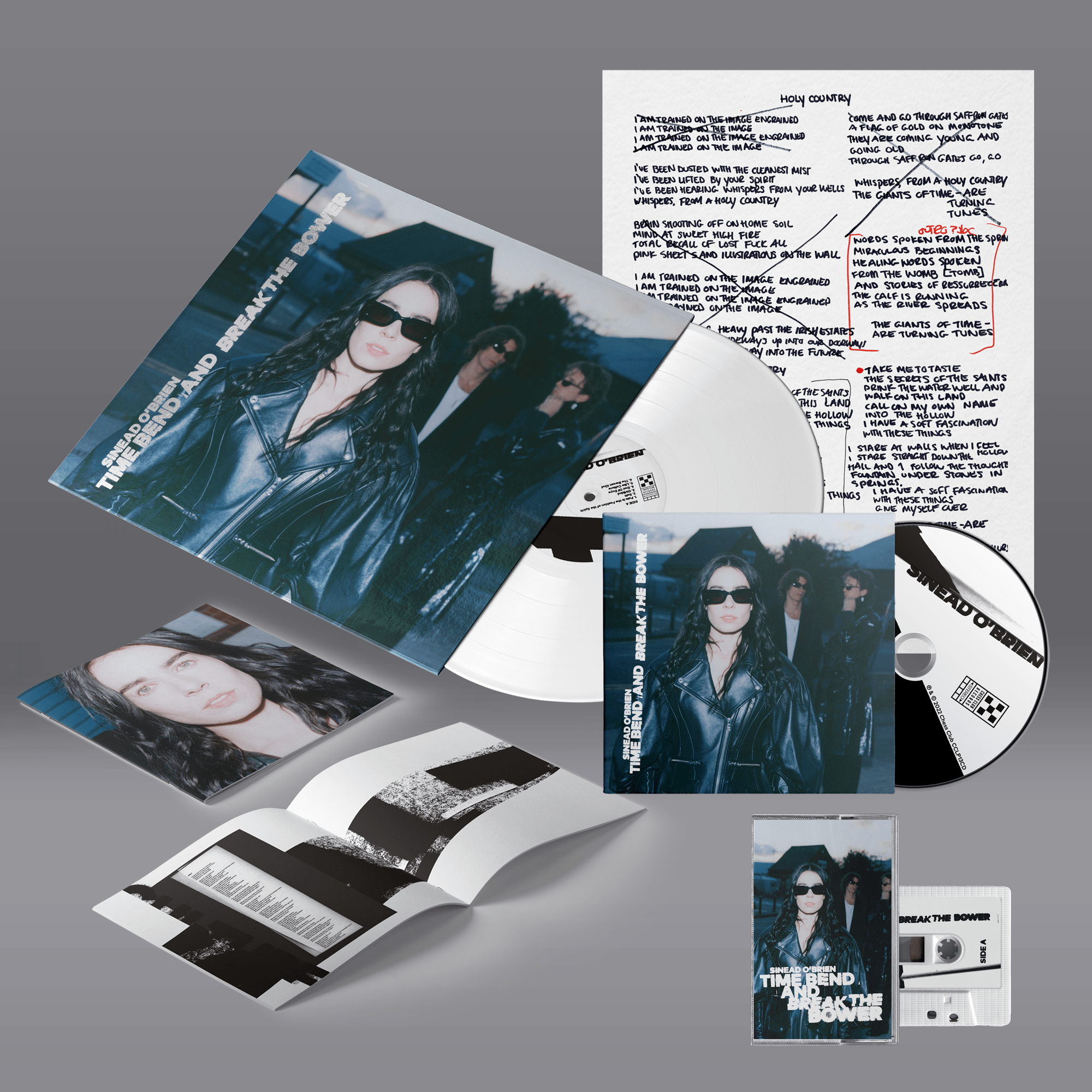 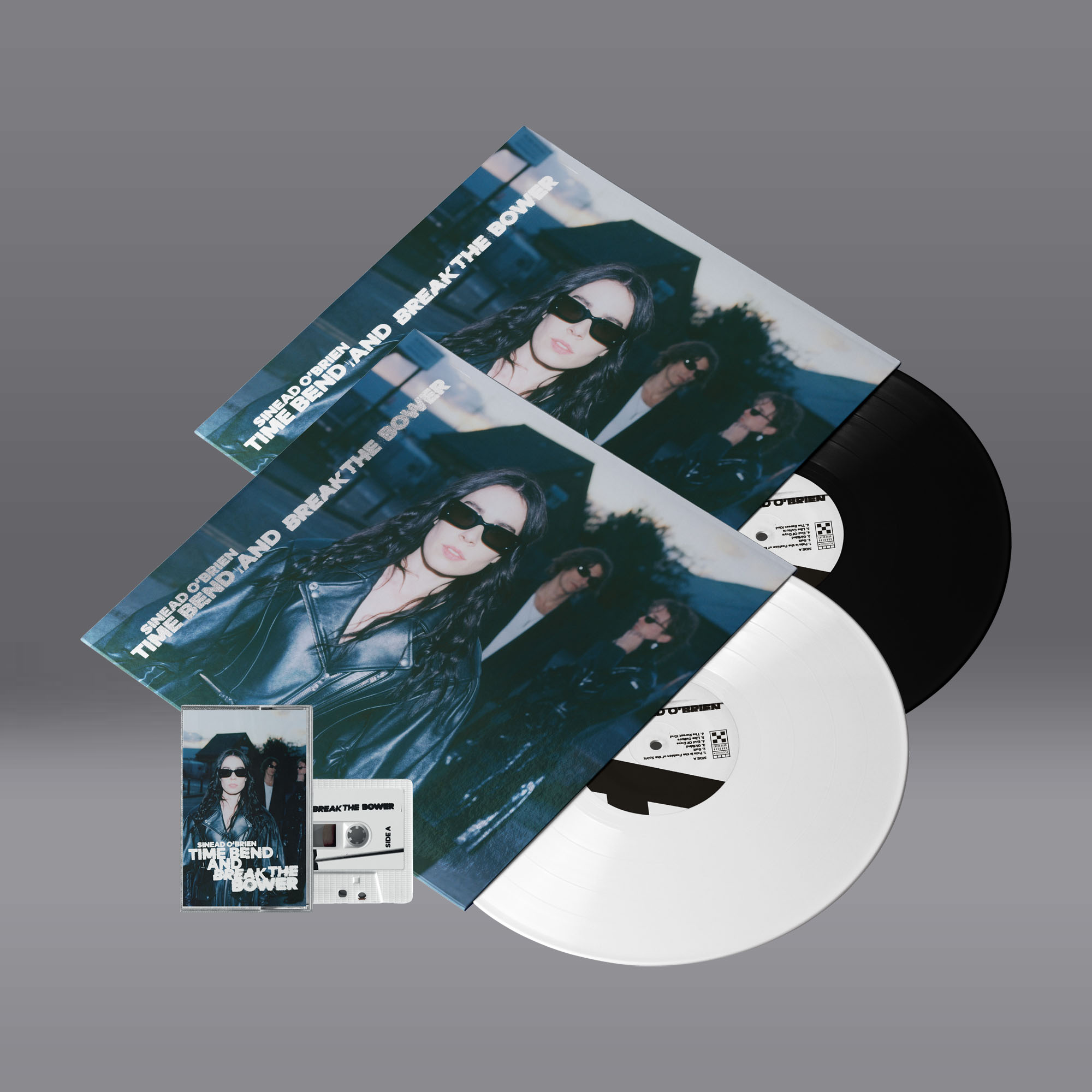 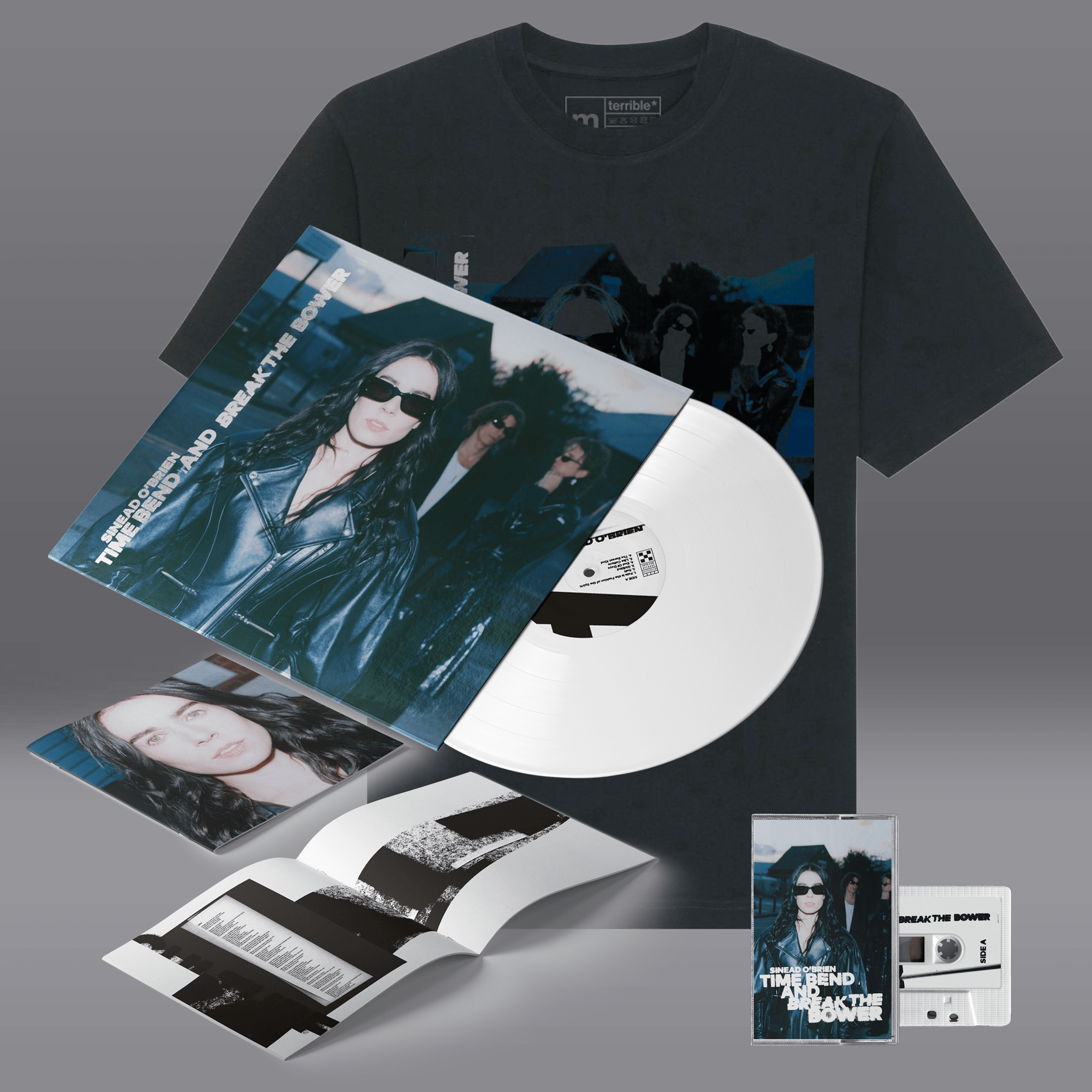 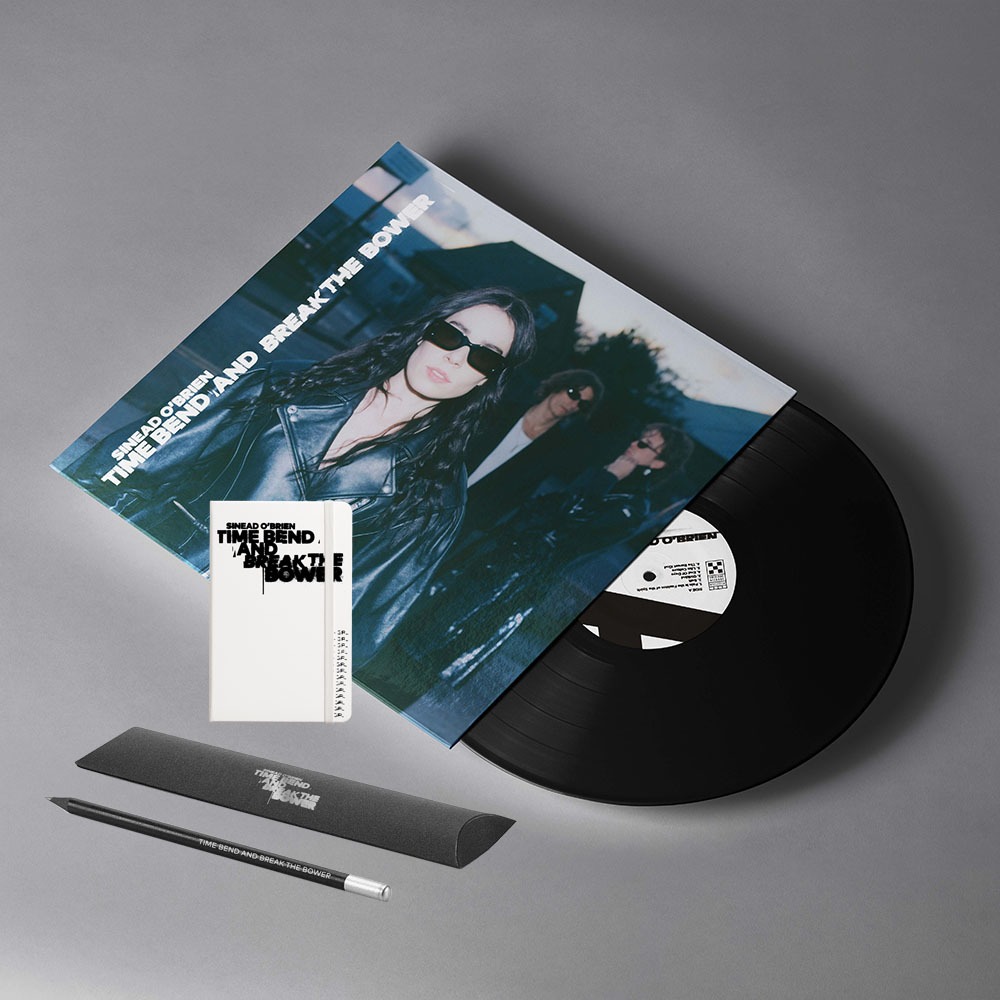 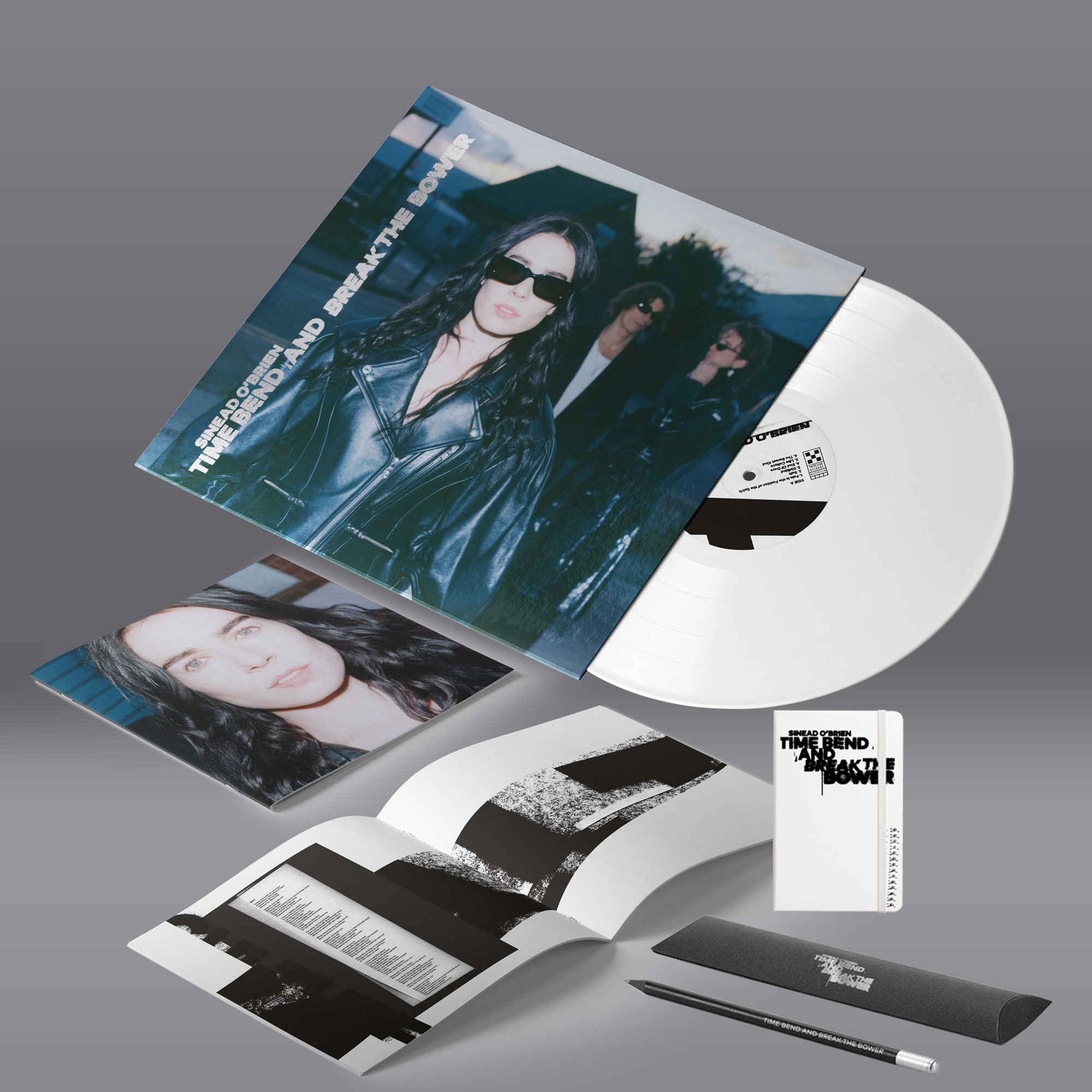