Being in a band can be a tough job. Regardless of the glamour and high life that we inevitably associate rock and roll with, it’s inevitable that the hardships behind the scenes are often left out of the story. Whether problems stem from constant attention and scrutiny, being away from home eleven out of twelve months or just having to look at the same four faces every day, it’s easy for us on the outside to forget that there’s more than just perks. Some bands eventually give into their demons and it adds to their demise, whilst others attempt to conquer them. As of right now, it seems that You Me At Six are all about the latter.

About to release their third album ‘Sinners Never Sleep’, it stands as their most cathartic and mature offering to date. Most importantly though, it stands as the thing that brought the band back together, when it was starting to tear at the seams. “Had this record not come out the way it has, I’m not sure whether I’d still want to be doing You Me At Six,” says 21 year old front man Josh Franceschi. “I think ‘Sinners Never Sleep’ is the rebirth of You Me At Six. It’s not just another record that we’re putting out. This is, for me, where it properly starts.”

Emerging onto the underground UK rock scene way back in 2007, the band – completed by guitarists Max Helyer and Chris Miller, bassist Matt Barnes and drummer Dan Flint - were just five teenagers from Surrey, attempting to give things the best shot they could. Infamously taking to Megabus in order to complete a tour that was booked and promoted entirely on their own, they began to make a name for themselves up and down the country. With a few support slots – sharing the stage with the likes of Fightstar, The Audition and New Found Glory - under their belt, the band spent most of the next two years on the road, before the release of their first album ‘Take Off Your Colours’ in late 2008. A hybrid of their favourite bands’ sounds, their songs told stories of typical teenage life, and it was enough to have them playing London’s Roundhouse by March 2009.

However, it was at the dawn of 2010 when things really began to take off. Releasing second album ‘Hold Me Down’ in January, it sky-rocketed to number 5 in the UK charts; one of the highest chart positions for any rock band that year. It was also during the build-up to the second album that

things took a turn for the worse: it was at this point the band became sick of each other. After tours, they would walk away unsure of the next time they’d even speak, with Max admittedly coming close to leaving. “There’d be times in the past where we’d be told, “Okay, let’s go out to London to do a press day,” and it’d be like, “oh cool, those guys again, every day.”” explains Josh.

Unfortunately though, it took a heartbreaking turn of events to give them some perspective. As the band recently revealed, it was during the same week that ‘Hold Me Down’ took the number five slot that Dan’s father died, whilst Chris’ had passed earlier in the band’s career. “When things got really bad internally, that’s when Dave [Flint] passed away. That probably saved our band; that coming together and having to grow up big time, and having to look out for each other…” says Josh. “We didn’t really show one another that much compassion up until that point. It was very lads being lads; being standoffish and not really talking.”

Surely though, it was hard to even reveal details as personal as that? “I think, yeah, it’s hard, but it’s a huge, huge, huge role in shaping this band and keeping this band going. Obviously, it’s not the easiest thing to even let people know about, or talk about, but I think if you don’t talk about that sort of stuff, it kind of gets put on the backburner, and they’re just as much a part of what we’re doing now as they were when they were with us. It’s important for us to remember that.”

Returning to the album, ‘Sinners Never Sleep’ was recorded in LA with Garth Richardson; the man behind albums from Rage Against The Machine and Biffy Clyro. When the band moved there for two months earlier this year, the experience itself seems to have been a memorable one. With a wicked smile, Matt tells us, “It was messy. Did some things I’m not proud of. Did some things I’m very proud of.The rest is history!” But what can we expect from the record? “It’s just our band finding its sound, as corny as that sounds,” says Josh. “It’s taken three records, but I think we all feel, as a unit, what we want to sound like and what kind of band we want to be now.”

He continues: “I don’t know about everyone else, but for me, the proudest moment of this album is hearing You Me At Six as a band that sounds like they know what they want to sound like. Before, with ‘Take Off Your Colours’ we were just trying to emulate the sound of our peers and the bands that we really liked at that time, then to an extent, we were guilty of that on ‘Hold Me Down’ as well. With this, we are who we are and this is what it is. I hate to use this word again, but it is the honest You Me At Six record.’

And that there is. Alongside the hook-laden pop rock songs that You Me At Six have become renowned for, we see them take on the experimental with ‘When We Were Younger’, whilst branching into the more heavy and aggressive side of their genre, with songs like ‘Bite My Tongue’ and ‘Time Is Money’, both of which feature post-hardcore vocalists Oli Sykes (of Bring Me The Horizon) and Winston McCall (of Australian outfit Parkway Drive).

What made you choose them as guests? ‘When we had those two songs, and the idea came up of adding an extra layer of aggression, we were like, ‘It’s obviously gotta be Oli and Winston.” explains Josh. ‘I think the thing is, is that our band can crossover into that kind of world and vice versa. [Bring Me The] Horizon are getting a lot of love on Radio 1 and they just played Main Stage at Reading and Leeds so they, in their own right, are appealing to the masses and not just the hardcore scene that they came from. Plus, Parkway Drive and Bring Me The Horizon are both two bands that we all really enjoy listening to.’

Alongside the deluxe edition of ‘Sinners Never Sleep’, the band have recorded a documentary, named after the song most influenced by their breakdown: ‘Bite My Tongue’. “I think if you’re a You Me At Six fan already, it’s something you’ll find quite insightful,” says Josh. “One of the things we pride ourselves on as a band is that we’ve got a pretty open relationship with our fans. Anyone who chooses to listen to our music, they know us probably as well as we know ourselves. We thought it was important for them to really, really know us, so they feel more a part of what we’re doing.’ “I think there’s a lot of good stories in there that people never would have realised our band had been through,’ adds Max.

Never fear though, when we meet the band to do this interview, they seem entirely happy and at ease. Making jokes throughout, mocking Max for some of his answers and detailing their hopes for the latest tour’s stage show as “You Me At Six: The Pantomime!”, things seem to have come full circle for the five young men. Halfway through our track-by-track guide [find it here], Josh explodes with laughter watching a Def Leppard video in the background, whilst Matt happily sings at least four of his answers. “At least we’re not boring!” he exclaims, and it’s almost hard to imagine them as ever not getting along this well.

“It’s the fact that this album has come out the way it has, and the fact that we’ve come out the way we have – as a group, as a unit – we’re probably as strong as we’ve ever been; it makes me excited to be on tour,’ offers Josh. ‘It makes me excited to be around the other guys.’
And what should fans take away from ‘Sinners Never Sleep’? “Anything they want,” he adds, before Matt suggests: “As long as they take something away from it, then that’s fine. If they listen to it and they don’t like it, if it’s not their kind of thing, fine, at least you gave it a chance. Just listen to it and assess it in your own way.”

“At the end of the day,” summarises Dan. “We’ve made an album that we’re proud of.”

You Me At Six’ new album ‘Sinners Never Sleep’ is out now via Virgin / EMI. 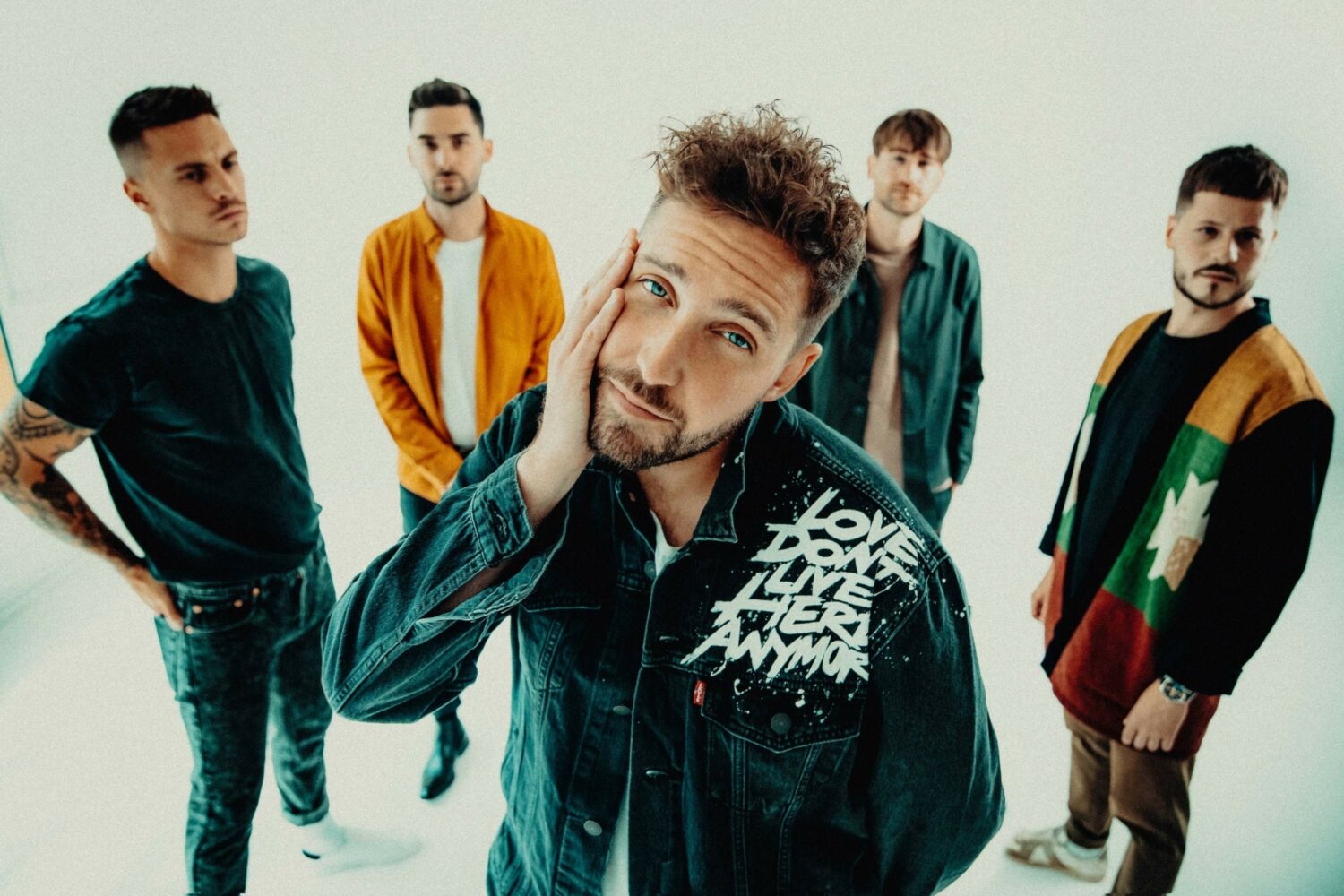 You Me At Six return with ‘What’s It Like’ 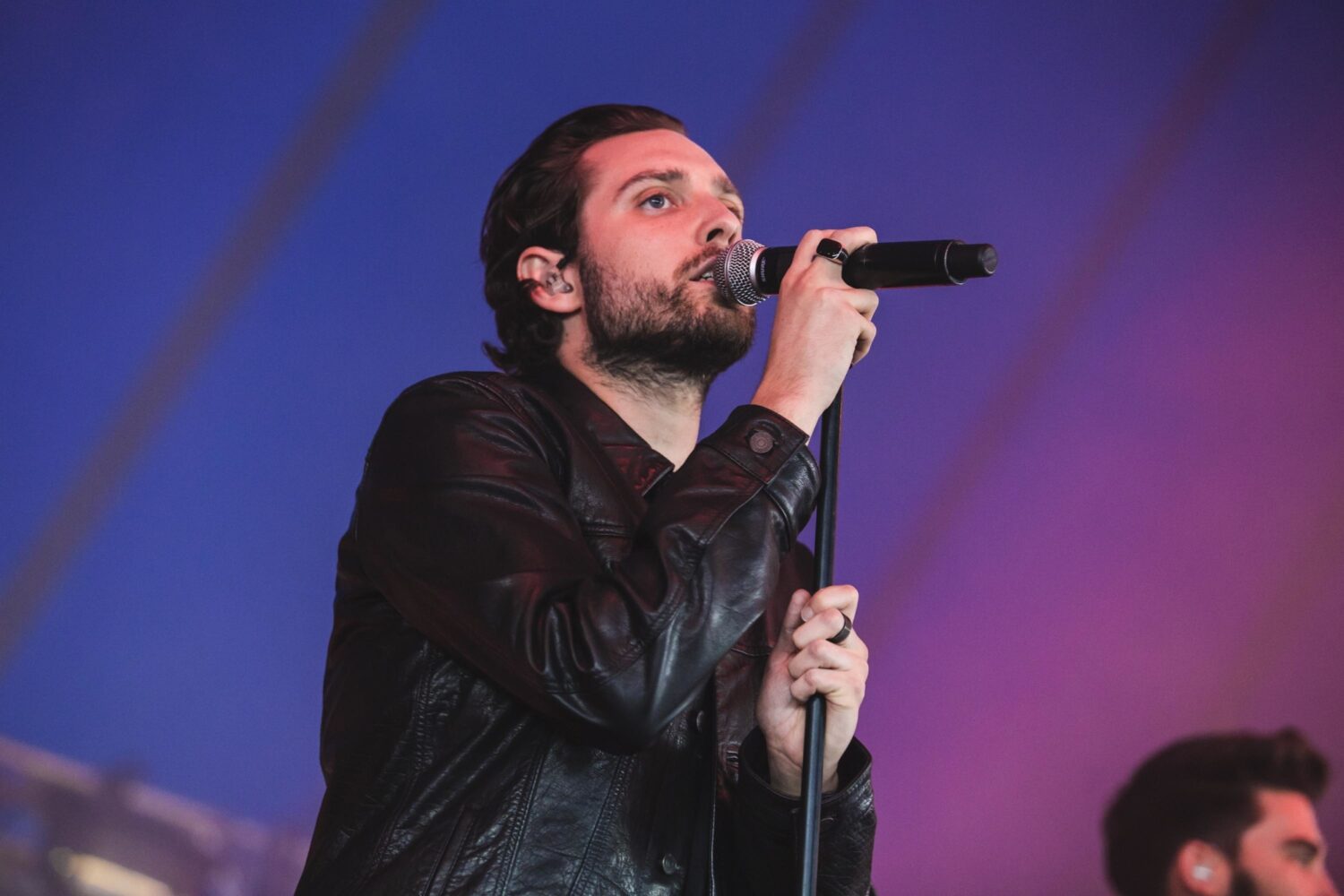 You Me At Six talk returning to Newcastle for This Is Tomorrow 2019: “The shows always go off”

The band play the first ever festival to take place in the city’s Exhibition Park.

You Me At Six, Doves and The Specials set for new series of gigs at London’s Gunnersbury Park

You Me At Six, Every Time I Die and more to play 2000trees

The Cheltenham fest returns in July.