“Forgive me if I’m sounding a little weird. I’ve just had my wisdom teeth out.”

It’ll take more than a dental procedure, you suspect, to keep Lizzo from talking. With debut LP ‘Lizzobangers’, she announced her arrival on the alternative hip-hop scene in explosive fashion, pouring years of anger, frustration and heartbreak into a record that exploded with sharp wit and raw energy. It was the sound of the Minneapolis native spilling out everything she’d been keeping bottled up. Financial difficulties, homelessness, and social consciousness all came together to conjure a perfect storm of zeal over a suitably brash collection of beats. It was an erratic listen, at times, but it was never anything less than gripping.

The fact that its follow-up, ‘Big GRRRL Small World’, has been turned around so quickly - a couple of years after its predecessor - suggests, on the face of it, that the same urgency runs through these new tracks. Instead, it feels as if she’s matured disarmingly quickly. The scattergun thematic approach has been pared back. The instrumentation is at once more diverse and less cluttered. Emotionally, Lizzo seems to be in a much more stable place, and what might have been ‘Lizzobangers’ part two instead comes over like a considerable stride forwards.

That she even found time to write a new album is impressive, given the extensive runs on the road she spent in support of a wide array of artists, from CHVRCHES to Sleater-Kinney to Har Mar Superstar. It speaks to the more focused nature of her lyricism this time out that it was ‘My Skin’, a song inspired by the Black Lives Matter movement, that set the ball rolling. “I was in New York, last October, and I did an interview that really opened my eyes to the message I’d been trying to put across. Within a couple of weeks, I’d written ‘My Skin’, and at that point, I was like, ‘Oh, I got this.’ I was on a roll.”

With material quickly beginning to fall into place, Lizzo packed up for April Base Studios in Fall Creek, Wisconsin, to begin recording in earnest with BJ Burton; “it was basically like hanging out at camp with your buddy.” The property is owned by Justin Vernon of Bon Iver and looks exactly like you’d expect; surrounded by trees and with wood-panelled interiors, in a rural location about a hundred miles from the nearest major city. “Every time I left town to work on the record, it felt like a retreat,” she explains. “There’s so many pressures, so many things pulling you left and right in the city, and you can kind of divorce yourself from them when you’re out in the middle of the woods. It was nice to get out there and see nature; there were these awesome, crazy lightning storms when we were out there, these really cool natural occurrences happening that we got to enjoy. It was a different kind of distraction, and being in a place like that helped me to make something a little earthier. I think you can hear that on the album.”

There’s an obvious parallel to be drawn, too, between the serenity of the environment in which ‘Big GRRRL Small World’ was produced and the calmer, better balanced emotional situation that Lizzo seems to find herself in on the record. On ‘Lizzobangers’, you got the sense that she was struggling to process her feelings and was perhaps conflicted about whether music was even the best medium through which to deliver them; now, though, she exudes level-headed confidence. “You know, ‘Lizzobangers’ was the product of years of me being homeless and unstable, both financially and emotionally,” she recalls. “I felt like I had no place to talk about Lizzo, this woman who had so much baggage. There’s moments where I’m yelling and moments where it sounds like I’m crying, but thank god for that record, because I got to let it all out. ‘Big GRRRL…’ is true to where I’m at now; I’m way more settled. It’s part of the same story, but it sounds like a different woman, in a different realm, and that’s authentic - it’s true.”

That progression can be measured by the contrast between the feminist figures referenced in each record’s first track. ‘Lizzobangers’ opened with ‘Lizzie Borden’, a song about the Massachusetts woman tried, and ultimately acquitted, of the murders of her father and step-mother in the 1890s. ‘Big GRRRL…’ , meanwhile, kicks off with ‘Ain’t I’, directly inspired by the nineteenth century abolitionist and women’s rights activist Sojourner Truth. The depth of historical understanding links the two from Lizzo’s perspective, but otherwise, they’re worlds apart. “It’s a huge leap between those two women,” she laughs. “In my mind, people talk about how Borden was a feminist icon, because she was abused by her father, and it’s possible that she killed him and didn’t go to jail for it. Because of where I was at in my life, that felt like something I wanted to write about. This time, I rediscovered Sojourner Truth and her “Ain’t I a Woman?” speech, and I was like, ‘that’s worthy emphasis.’

“They’re two different women with very different places in history, and I think I chose subconsciously to start off the narrative of my records with them. It’s reflective of how I’ve been doing; I’m not this metaphorical crazy axe-wielding girl any more! I’m way more focused and way more about a purpose, and with Sojourner Truth, I feel like I chose a great representative.” 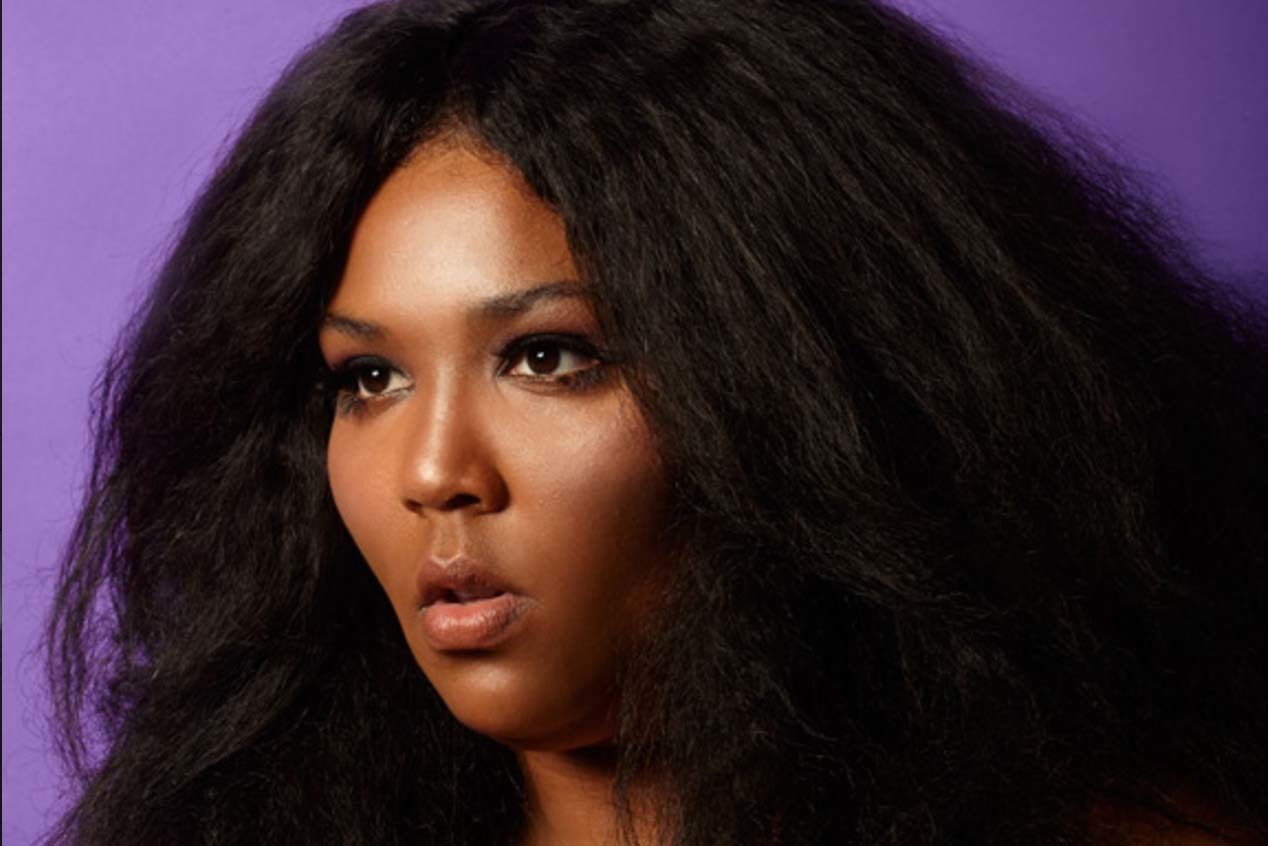 “There’s so many pressures, so many things pulling you left and right in the city, and you can kind of divorce yourself from them when you’re out in the middle of the woods.”

If there’s a constant across the two records, though, it’s the conversational style that she so often turns to when she’s penning lyrics; it always feels as if she’s talking to somebody, whether it’s herself in the midst of heavy studio loneliness, her tourmates on cross-country flights, or when she’s sifting through her inbox or her voicemails. “I’ve always said that I would never talk about something in my music that I wouldn’t sit down and discuss in a room, you know? ‘Lizzobangers’ was reflective of the level of conversation I was having at that time. I was sitting at a table and shouting my opinions. Those honest moments are still there, all through this record. I have sat in a bar or club and told somebody that they look cute tonight, and I have sat in quiet moments and cried with my friends. I’ve sat by myself and talked to myself. I wouldn’t use this phrase personally, but you hear the words ‘stream-of-consciousness’ applied to other people’s music and I guess that’s an approximate description; things just tend to flow naturally and people hear that and can relate - ‘me too! I feel you!’”

The eclectic nature of the instrumentation on ‘Lizzobangers’, almost volatile in its unpredictability, suited the message of the album and the headspace in which it was made, but the approach on ‘Big GRRRL Small World’ - refined, but still consistently unusual - might actually paint a more accurate picture of Lizzo’s preferences, from gospel progressions to space age beats. “It’s definitely a big deal. Last time, I had no access to people who could help me to make beats; instead, people were giving them to me so I could try to make something like a mixtape. Now, I was actually able to create music. I was able to put across what I was hearing in my head. The musicality changed the songwriting, and that had a bearing on the messages and the ideas. Once I had brand new pieces of music to work with, some of which were basically built from scratch, I suddenly felt like i had total freedom to own it. The issues I’d had in the past, of money, of resource, of access, weren’t a problem any more, and that was totally liberating.”

With ‘Big GRRRL Small World’ consolidating Lizzo’s position as one of hip hop’s most intriguing voices, the natural next step looks to be finally heading out on her first headline tour, after plenty of time spent cutting her teeth as the opening act. “It’s a scary idea - very scary - but exciting, too, and I feel like I’m ready. We laid a lot of the groundwork by touring with Har Mar Superstar and Sleater-Kinney, and we just finished some dates with SZA, which were awesome. It was a case of testing the water, and thinking, “hey, maybe next time we can come back here by ourselves,” but I still like the idea of being out on the road with other people, especially where there’s a difference between the genres. Musically, I didn’t have much in common with CHVRCHES, but Lauren (Mayberry) and I have very similar ideas of where we stand as artists in the industry, you know? So it worked, and I’m excited for the next thing, whatever it might be. I’ve never been very good at planning ahead.”

Cuz I Love You