With Black Honey, Death Cab For Cutie, MNEK and more.

We were over the moon recently to learn that Black Honey were releasing their long-awaited debut album after four years, four EPs and a hell of a lot of hype. What did we do with the news, you ask? Well we put them on the bloody cover of course!

Emerging with a debut that’s set to see them fully emerge as indie heartthrobs for a new generation, we travel to the formative places in the band’s history to dig into how they got here, and - more importantly - where they’re going next.

In line with the band being on the cover, we’re holding a very special issue launch party this Friday (6th July - the same day the issue lands) at the Tate Modern in London! Beginning at 7pm, DIY DJs will be on hand to spin banger after banger, and Black Honey themselves will play a stripped-back set. Get more details on the event here.

Not only that, but if you subscribe to the mag (below) or buy an order direct from us (also below!), you’ll get a pair of 3D glasses to see the cover feature in all its three-dimensional glory! They’ll also be available at the launch party.

They’re joined in the July issue of the mag by MNEK, who’s stepping out on his own with brilliantly filthy new singles ‘Tongue’ and ‘Colour’, and Miles Kane, who’s also finding his true identity on new album ‘Coup De Grace’.

Death Cab For Cutie are also in the mag, talking all things ‘Thank You For Today’. We also report on the increasingly fertile, young Australian scene, talking to the likes of Stella Donnelly, Haiku Hands, Amyl & The Sniffers and more to find out just why the country is producing some of the buzziest bands in the world right now.

We also get the word on the upcoming debut album(!) from Maggie Rogers, give The Long Blondes’ cult debut ‘Someone To Drive You Home’ our Hall of Fame treatment, profile Lady Bird, Mattiel and Bakar in Neu, and report back from Primavera, All Points East and loads more. It’s absolutely jam-packed 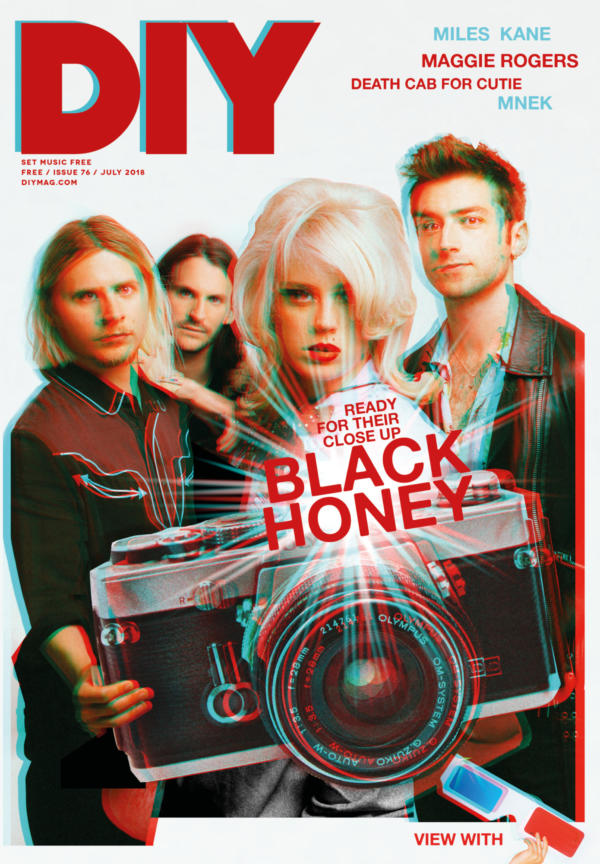