If we go by the wisdom that album anniversary celebrations tend to be the last refuge of the dying creative force, then there was never any reason for Deftones to mark the 20th birthday of ‘White Pony’ this year. In September, the titanic ‘Ohms’ extended to ten years and four albums one of the most remarkable runs of any band this century; a brooding modern masterpiece, it confirmed that they remain close to the peak of their powers as they enter into the fifth different decade of a career that began in 1988.

Still, many of their fans continue to contend that ‘White Pony’ is their finest moment, and as a nod to that, the group have finally realised what presumably seemed like a good idea when they first had it; a remix album, originally inspired back in 2000 by frontman Chino Moreno’s love of DJ Shadow’s ‘Endtroducing…’ Shadow himself is one of eleven artists to step up to the plate on ‘Black Stallion’, chipping in with a irritatingly glitchy take on ‘Digital Bath’. The bulk of the record is similarly throwaway; Clams Casino strips down ‘Feiticeira’ so far past its bare bones as to be beyond recognition, Salva’s choppy reimagining of ‘RX Queen’ fails to properly translate the urgency of the original, and Purity Ring’s spacey ‘Knife Prty’ falls awkwardly halfway between cover and remix.

The low point is a new version of ‘Passenger’ from Linkin Park’s Mike Shinoda, a baffling choice to begin with given how unfairly ‘White Pony’ was so often lumped in with the nu metal of the time. In fact, though, ‘Passenger’ does not nod to ‘Hybrid Theory’ or even ‘Meteora’, but instead to Shinoda’s more recent work, meaning no guitar, a boring synth loop and horrible, pseudo-AutoTuned vocals. There are occasional flickers of inspiration - see the maximalist rework of ‘Elite’ from Blanck Mass and the minimalist ‘Teenager’ that Robert Smith contributed - but otherwise, you have to hope that everybody involved enjoyed putting Black Stallion together, because it ain’t much fun to listen to. 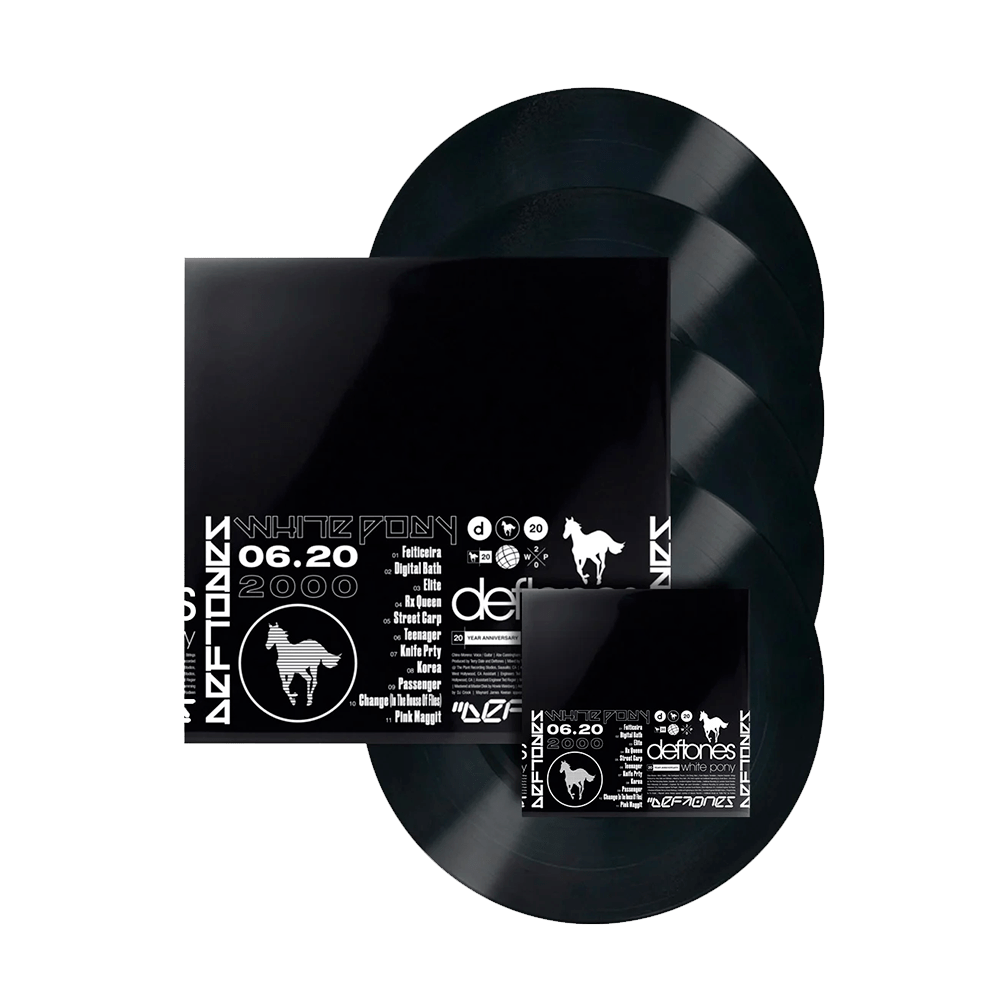 Deftones reveal the video for ‘Ceremony’