It’s bloody Christmas time again. A time, we agree, for unholy amounts of mince pies and wine, and more repeats of Love Actually than you can shake a red and white sugary stick at, but it’s also a time to reflect on the musical year that has been 2017.

From Oh My God debut albums making new British bands massive, to the year’s most anticipated returns being everything we wanted and more, to incredible acts of defiance against hatred, and, as always, healthy servings of bands doing things that simply made us say: ‘Errr, Say That Again Mate?’.

There’s been some pretty amazing moments this year. So many, in fact, that we’ve collated a hundred of them. We’re going to be sharing them across this week, highlighting some of our favourite festival moments, absolute bangers of singles, political moments that gave us hope, legends of the year and more, before ending up with our ten Big Ones of 2017: the bands and acts that made us laugh, cry, smile and dance the most this year.

Don’t call it a comeback.
The ‘i was there’ live moments of the year.
Errr, say that again mate?

Amongst quite a significant amount of rubbish we’ve all had to wade through this year, 2017 has been a year of absolute bangers. Seriously, we’d be surprised if some of the below tracks don’t land DIY HQ on one of those Spotify billboards. Our streaming numbers for ‘The Man’ - for instance - are surely in the thousands. With Charli XCX’s ode to boys worldwide, Superfood’s absurdly catchy whopper ‘Where’s The Bass Amp?’, Pale Waves’ shiny debut single and Rae Morris’ sleek, pop-fuelled return with ‘Do It’, these are the bangers that have ruled our year.

“An entire video’s worth of hunky daydreams​.”

With all of the shitty political activity going on in the world right now, lord knows we’re allowed the occasional frivolous slice of distraction. Nobody is more keenly aware of this than Our Lord and Saviour Charli XCX, who delivered an entire video’s worth of hunky daydreams this year, all in one bloody go!

Goodness knows that, in the long and chequered history of pop music, there have been plenty of songs penned around the topic of loving girls. Unapologetic yearning for boys, though… not so much until now. In turning the lens back around for ‘Boys’ - by, quite literally directing a video and ordering around a huge number of hotties from behind the camera - Charli’s done us all a great service.

Whether you’ve busy dreaming ‘bout ultimate Indie Dreamboat Ezra Koenig making an adorable spectacle of maintaining good dental hygiene, busy thinking ‘bout Riz Ahmed winning you a pink fluffy teddy bear on a date to Margate Dreamland, or your head is spinning thinking ‘bout ‘Boys’ in general, our Chaz has literally all bases covered. And literally, don’t even get us started on Stormzy eating his cereal, or Laurie from Slaves being basically the cutest dad ever. El Hunt

The Killers’ absurd, gun-tastic video for ‘The Man’ 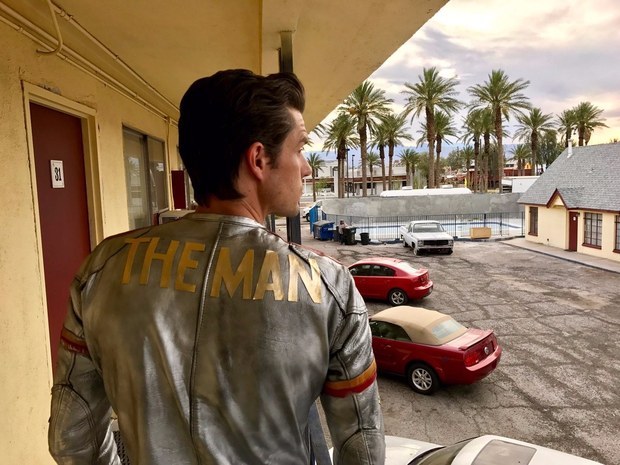 “It was - and remains - outrageous and perfect.”

When The Killers made their brilliant, sass-filled comeback with ‘The Man’ earlier this year, the DIY office entered a slight state of meltdown. The previously über-sincere Brandon Flowers now had gas in the tank, money in the bank and plenty more. What else could make such a comeback even more perfect, we hear you ask? Why a video that’s just as absurd and fantastic as the song itself, of course.

In the clip for ‘The Man’, Brandon struts his way through Las Vegas casinos, dons a frankly iconic leather jacket with sequins spelling out the song’s title and his new nickname on the back, and shows off a pair of the only kind of guns that America needs right now. It was - and remains - outrageous and perfect.

“Sometimes it’s tough for me to be ironic because I have such a sincere voice. I think it’s working with ‘The Man’ though. I think people are getting it. It brings a little bit of levity to the shows and it definitely brought some to the studio and recording”, Brandon told us of the song in our recent cover feature with the band, and while new album ‘Wonderful Wonderful’ largely holds back on the bravado of ‘The Man’, the track and its video brought swoons, gasps and grins that lasted for the whole of 2017. Will Richards 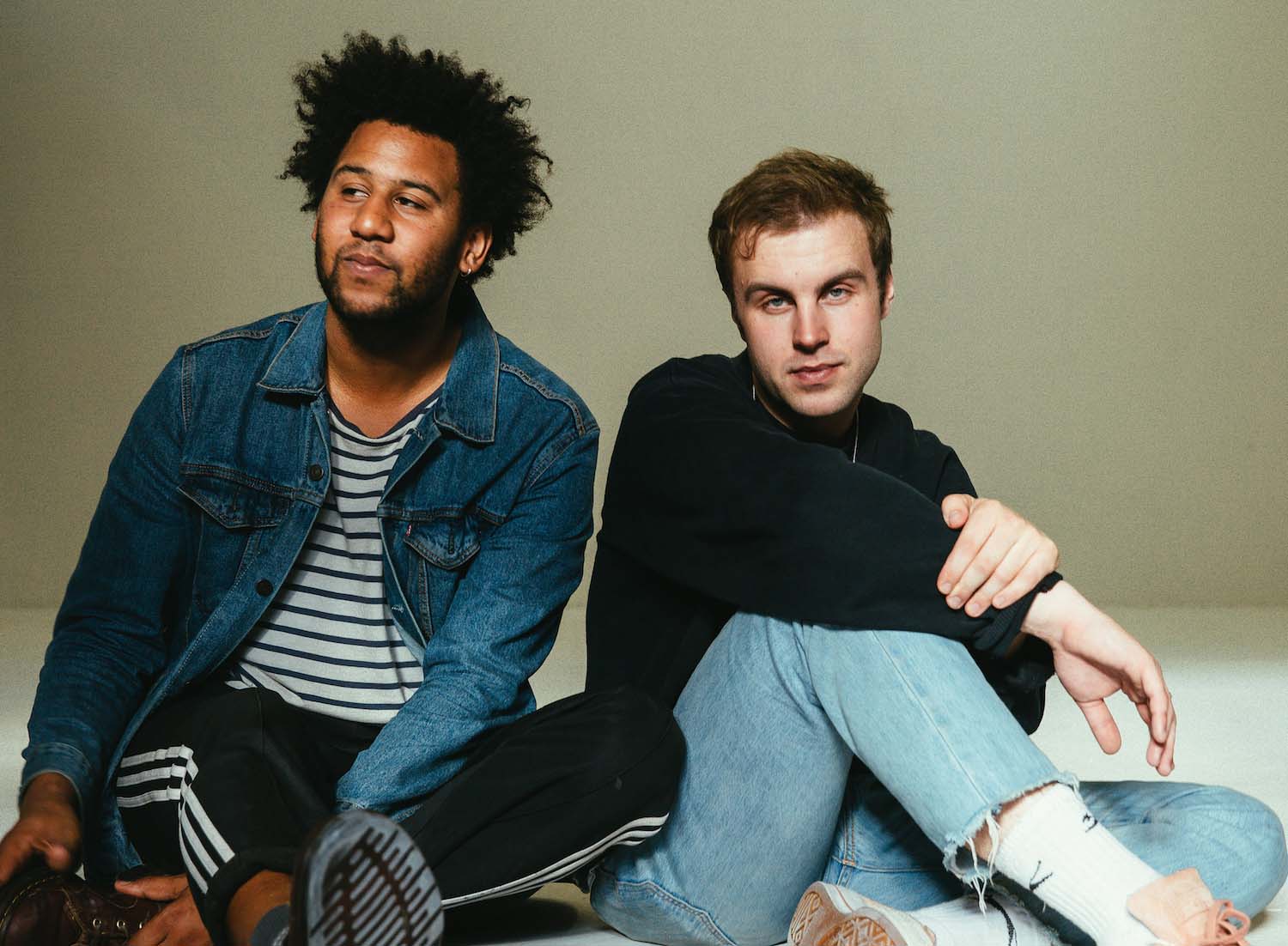 “We still can’t help doing a little chair shuffle every time it comes on the stereo. Which is a lot.”

The resplendent return of Superfood mk. II was a comeback that warmed the cockles of DIY's jaded old heart. An almost unrecognisable, reinvigorated beast armed with genre-hopping slammers and ideas for days, Dom'n'Ryan re-emerged after a period in the wilderness with a new label (Dirty Hit), a new lease of life and a 'Bambino' that any parent would be proud to call their own.

Its finest moment – and, no shitting about, one of the year's most top quality bangers – was album opener 'Where's The Bass Amp?' Initially debuted on the band's pre-LP comeback tour, its infectious sample and itchy beats made rooms up and down the country dance en masse on first listen. Now, three months after its proper release, we still can't help doing a little chair shuffle every time it comes on the stereo. Which is a lot. Lisa Wright

Read: The DIY feature with Superfood. 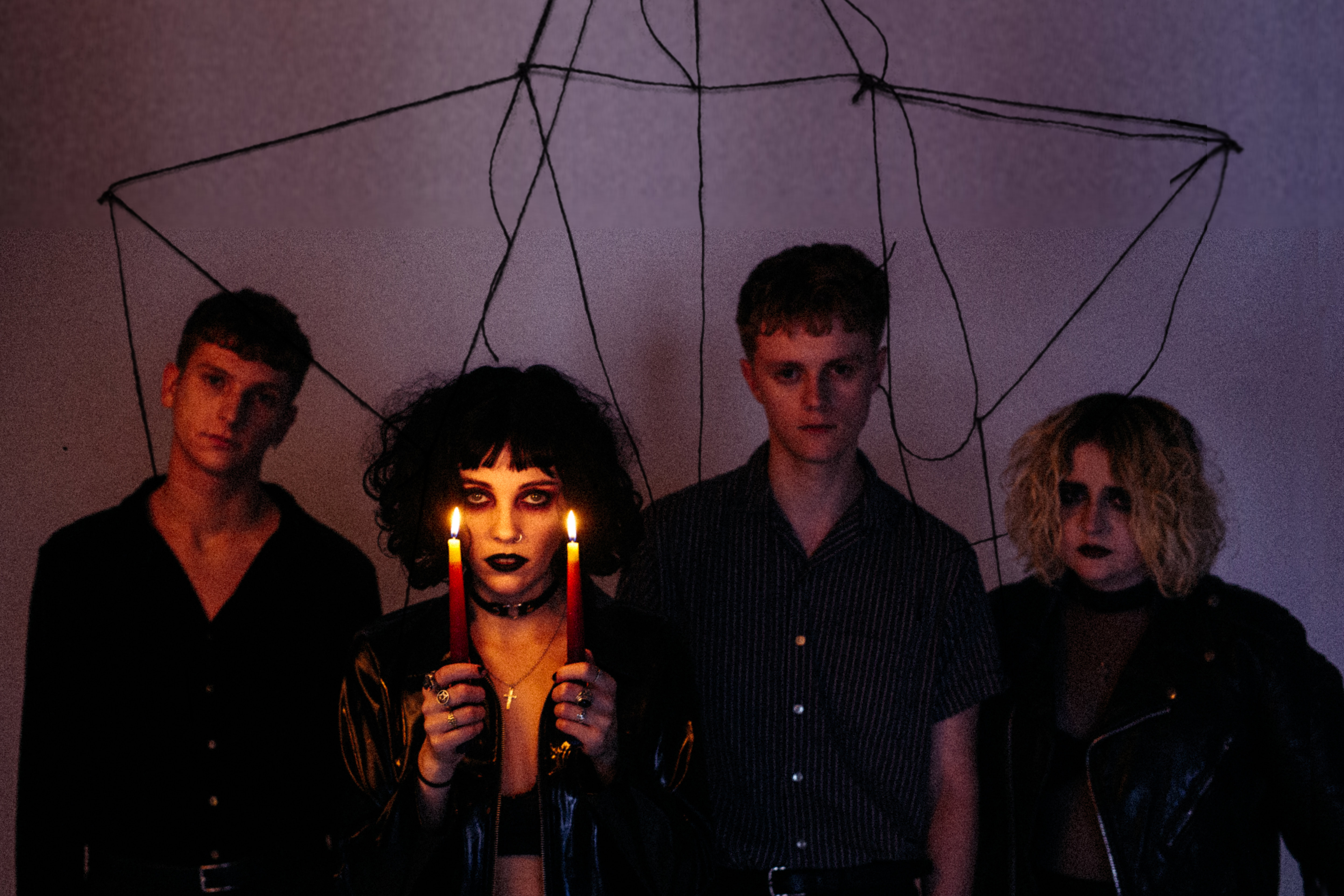 “The most remarkably assured first impression that we’ve seen from a band in years.”

It took quite a while for Manchester’s Pale Waves to emerge with their debut single but boy was it worth the wait. Revealed back in February, ‘There’s A Honey’ was an instant hit, a polished burst of sugary hooks that’s the most remarkably assured first impression that we’ve seen from a band in years.

“There’s nothing uncertain about where Pale Waves are heading,” we said upon the track’s release and, surprise surprise, the band have gone from strength to strength this year, via second single ‘Television Romance’ and even sweeter, more addictive third offering ‘New Years Eve’. It was ‘There’s A Honey’, though, that made Pale Waves a force from the off, and the only debut single of the last five years that could genuinely support a band playing Madison Square Garden with only said single out in the world. Will Richards 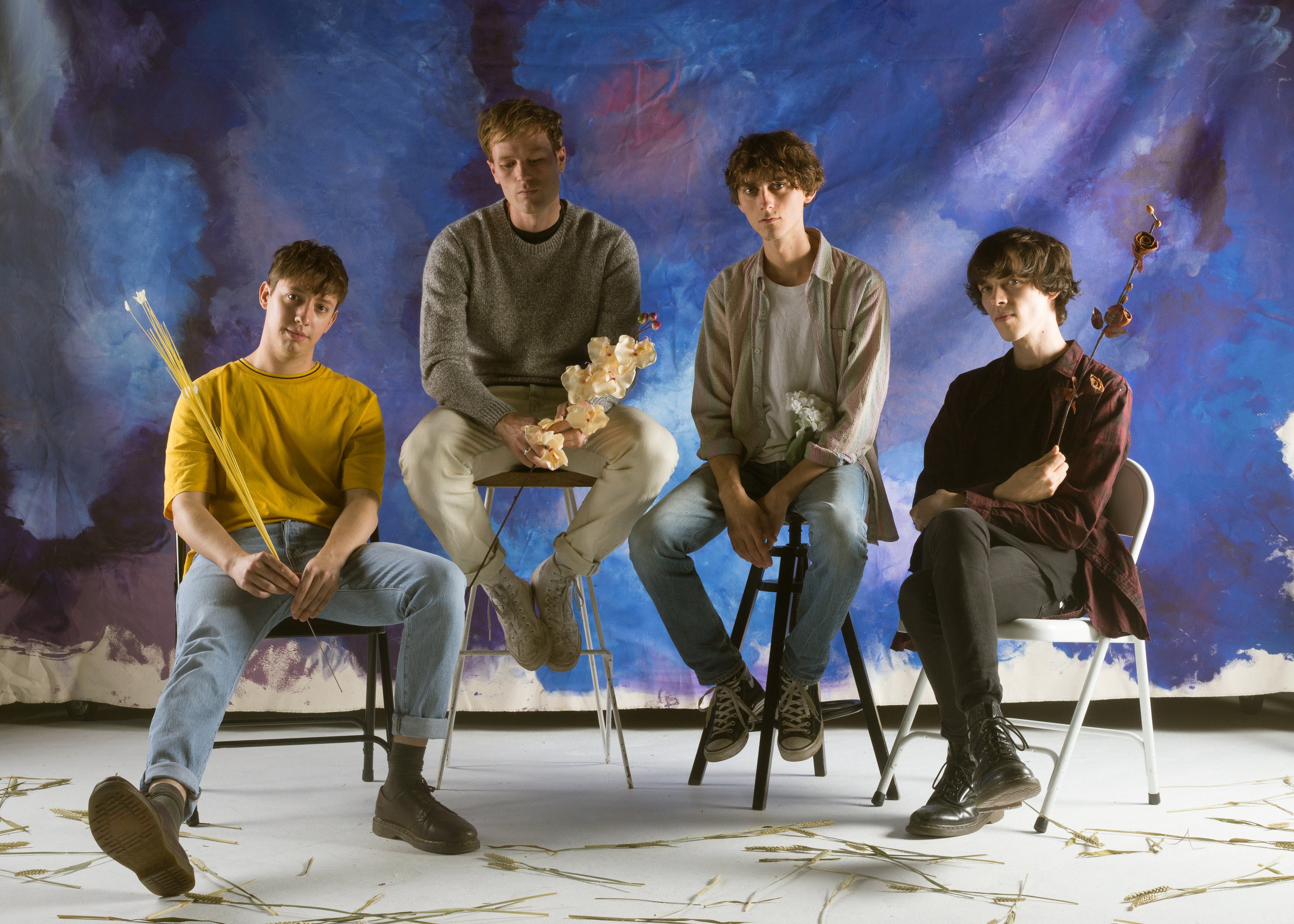 “One of the most pleasantly surprising comebacks of the year.”

Gengahr’s debut album ‘A Dream Outside’ was an absolute belter (and a belter we gave all five stars upon release in 2015). Felix Bushe’s floaty falsetto met watery guitar lines that, indeed, felt extremely dreamy. Comeback single ‘Carrion’ - the first offering from new album ‘Where Wildness Grows’ - came as a surprise, then. Bushe’s vocals became grittier and with a new-found twang, backed by a torrent of shoegaze-inspired guitars.

The track folds out into a towering riff lathered in distortion, and points the way towards a significantly beefed up incarnation of the Pokemon-loving four-piece. Followed up by the softer ‘Mallory’, ‘Where Wildness Grows’ looks well on the way to becoming more than a match for ‘A Dream Outside’ and ‘Carrion’ has become one of the most pleasantly surprising comebacks of the year. (Will Richards)

Read: DIY’s Have You Heard? track review of ‘Carrion’. 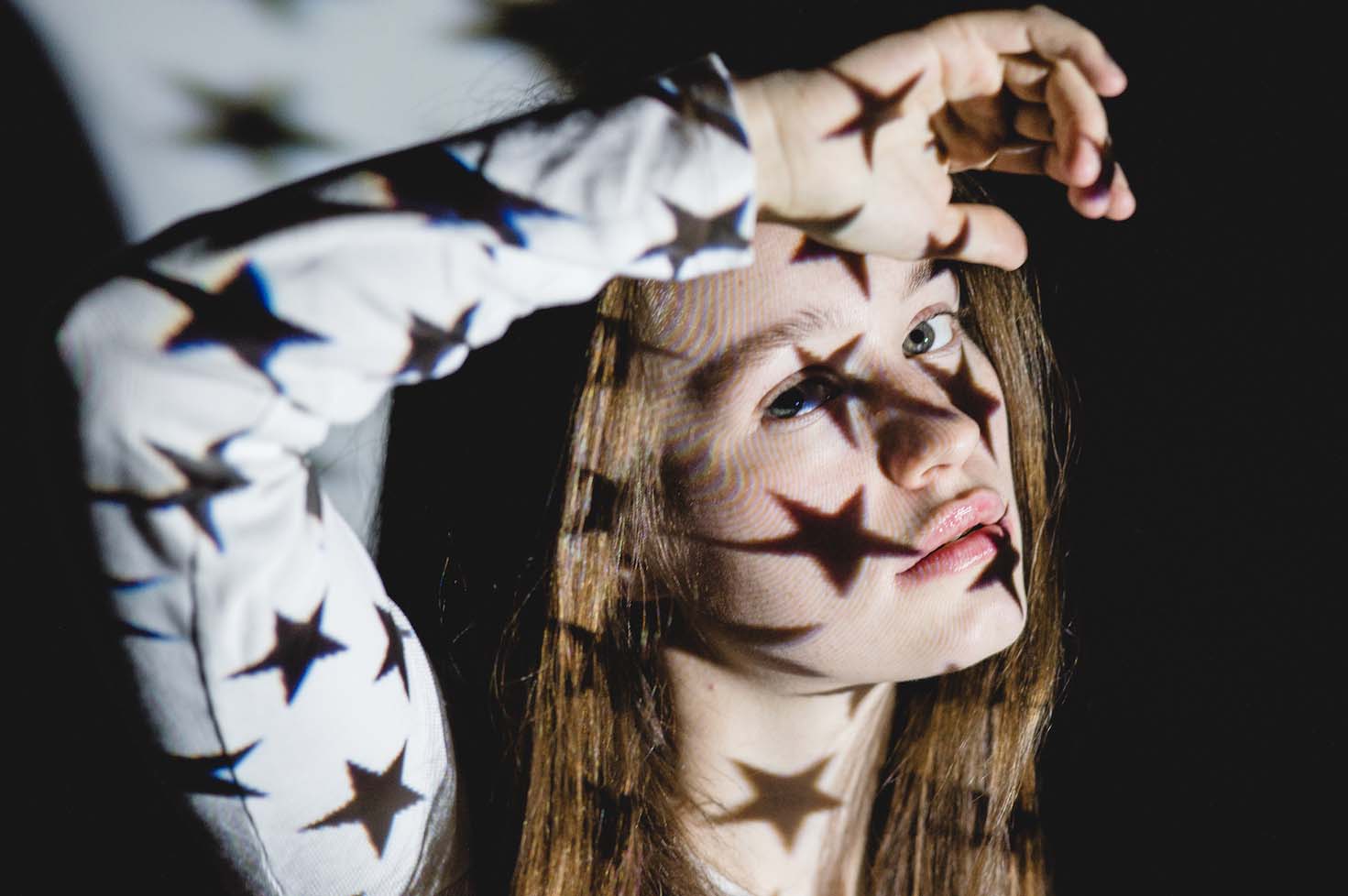 “Her highly relatable, fist-pumping pop has been one of the revelations of the year, and is only set to grow.”

When Sigrid released ‘Don’t Kill My Vibe’ back in February, it was abundantly clear she was set to be a star. A propulsive, massively confident first statement that took aim at unsatisfactory male producers, it pushed Sigrid straight into the limelight, and it’s a spotlight she’s only gone further towards as the year progressed.

Its follow-ups on the ‘Don’t Kill My Vibe’ EP did her no harm - the playful but forceful ‘Plot Twist’, simply euphoric ‘Fake Friends’ and gorgeous, understated ballad ‘Dynamite’ - before she became the most talked about new name of festival season with everywhere from Latitude to Glastonbury and beyond falling under her spell.

New single ‘Strangers’ is an even greater step forward, rejecting the typical form romance takes in Hollywood over a huge, thumping beat. “It’s very fascinating and such an honour that my songs can mean something to someone else,” Sigrid told us in our recent Class Of 2018 feature, and it’s something that she should get used to very soon: her highly relatable, fist-pumping pop has been one of the revelations of the year, and is only set to grow. Will Richards 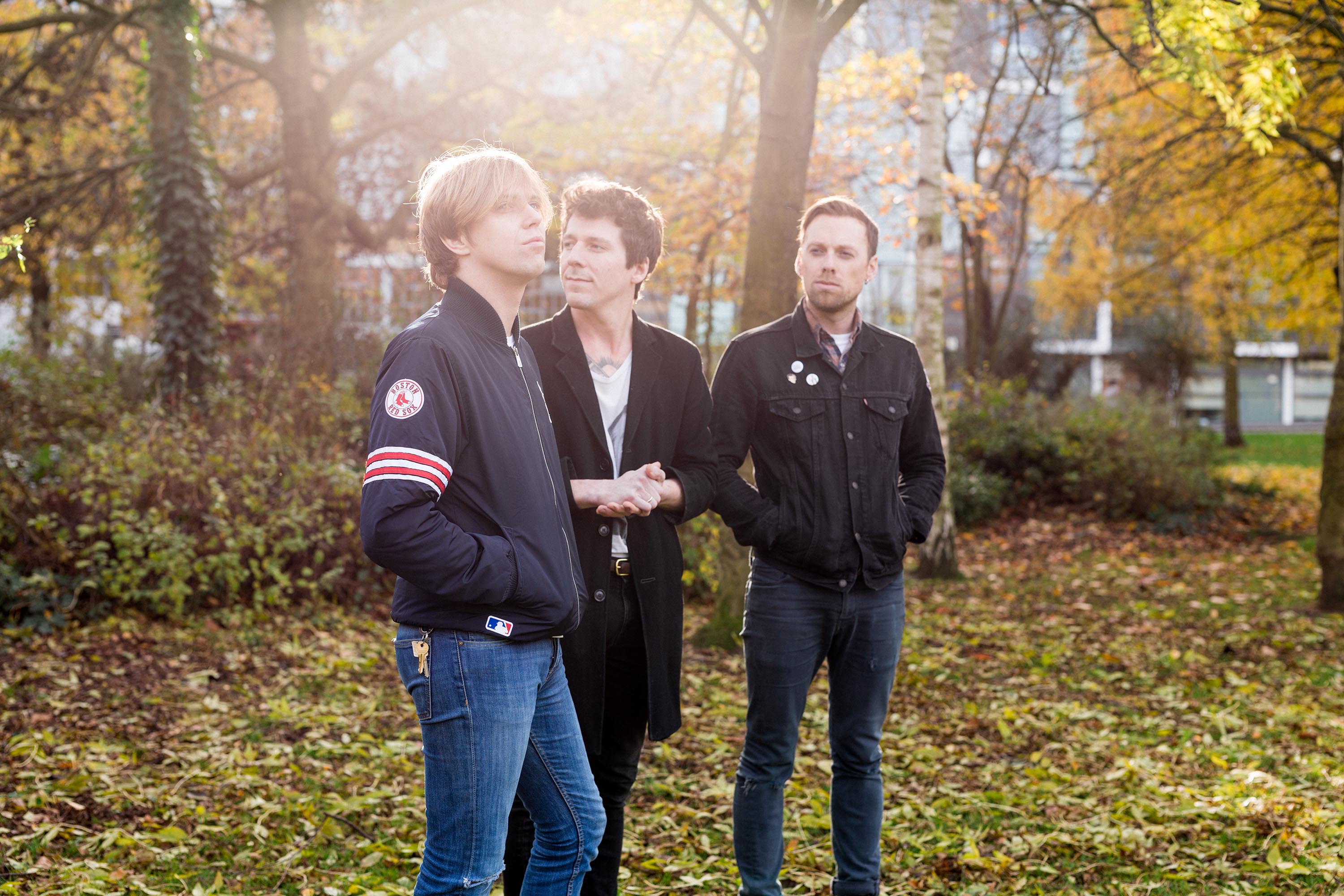 “The Xcerts look set to be heading for the dizzy heights they always really deserved.”

The Xcerts have always stood on the precipice between fierce, dark rock and a chart-reaching pop-rock hybrid. The latter has always seemed like a possible and enticing prospect and comeback single ‘Feels Like Falling In Love’ is absolutely on the money. Straight from Murray MacLeod’s opening “hey!”, it’s clear The Xcerts mk. 4 isn’t going to be an introverted one.

The track’s chorus - all soaring vocals and cock-rock-indebted guitars - is absolutely massive, and the band leaving all pretence behind to write an absolute whopper of a single has done them the world of good. It’s glorious. Soon to be followed by new album ‘Hold On To Your Heart’, The Xcerts look set to be heading for the dizzy heights they always really deserved. Will Richards 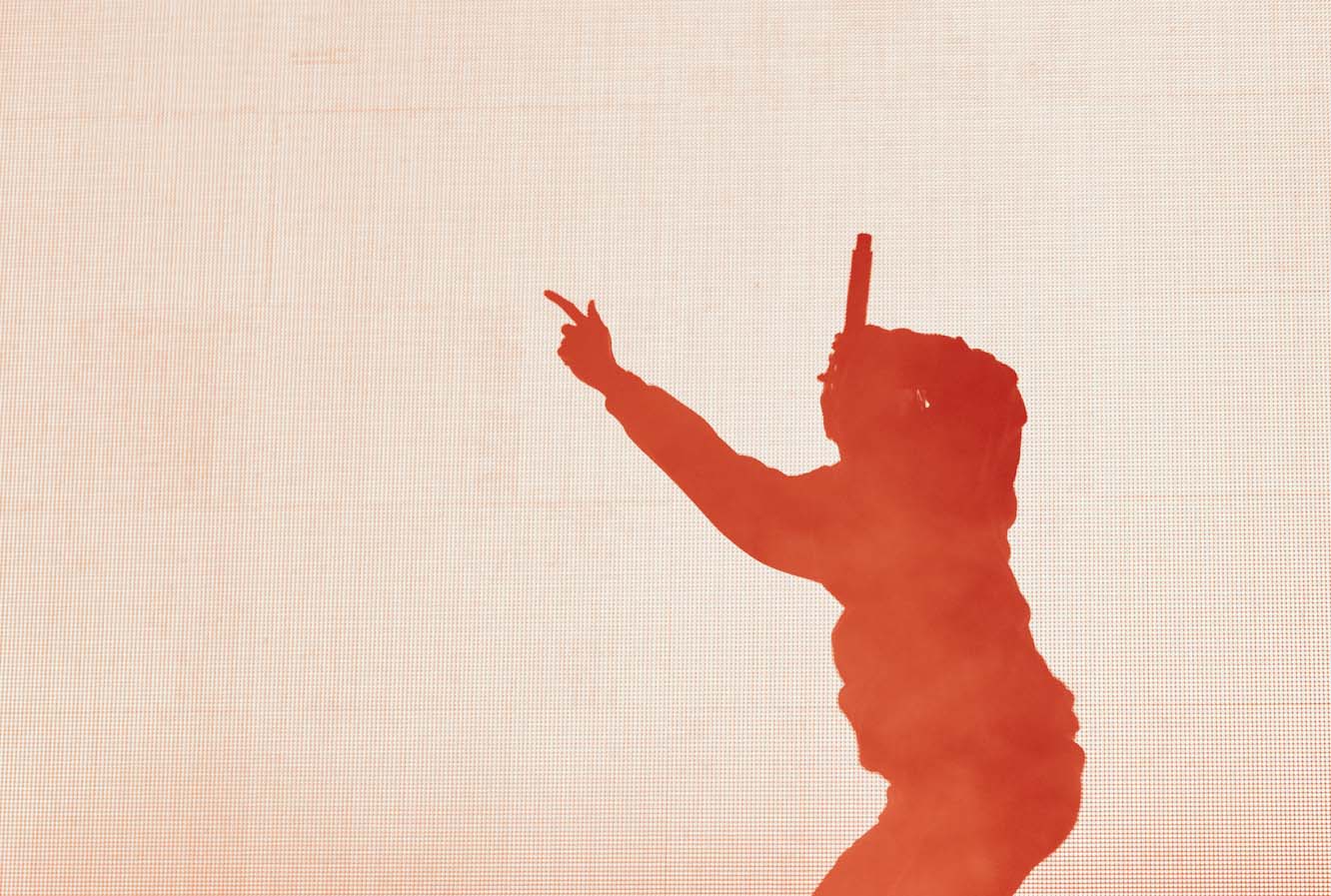 Kendrick Lamar’s ‘DAMN.’ was undoubtedly the biggest, most talked-about rap album of 2017. It might’ve been Vince Staples, though, that gave us the year’s most interesting, genre-bending collection with ‘Big Fish Theory’.

With features from Lamar himself, Flume and SOPHIE among others, and a melting pot of everything from house and glitchy electronica to bubbly, languid hip-hop, ‘Big Fish Theory’ was - and remains - a vicious, hyper-active social commentary that brings the Long Beach rapper to the fore of the hip-hop game, while also working on changing said game in barely over half an hour. Brought to life with a bare, striking stage setup for his thrash through a host of summer festivals, 2017 was something like a dream for Vince Staples. Will Richards 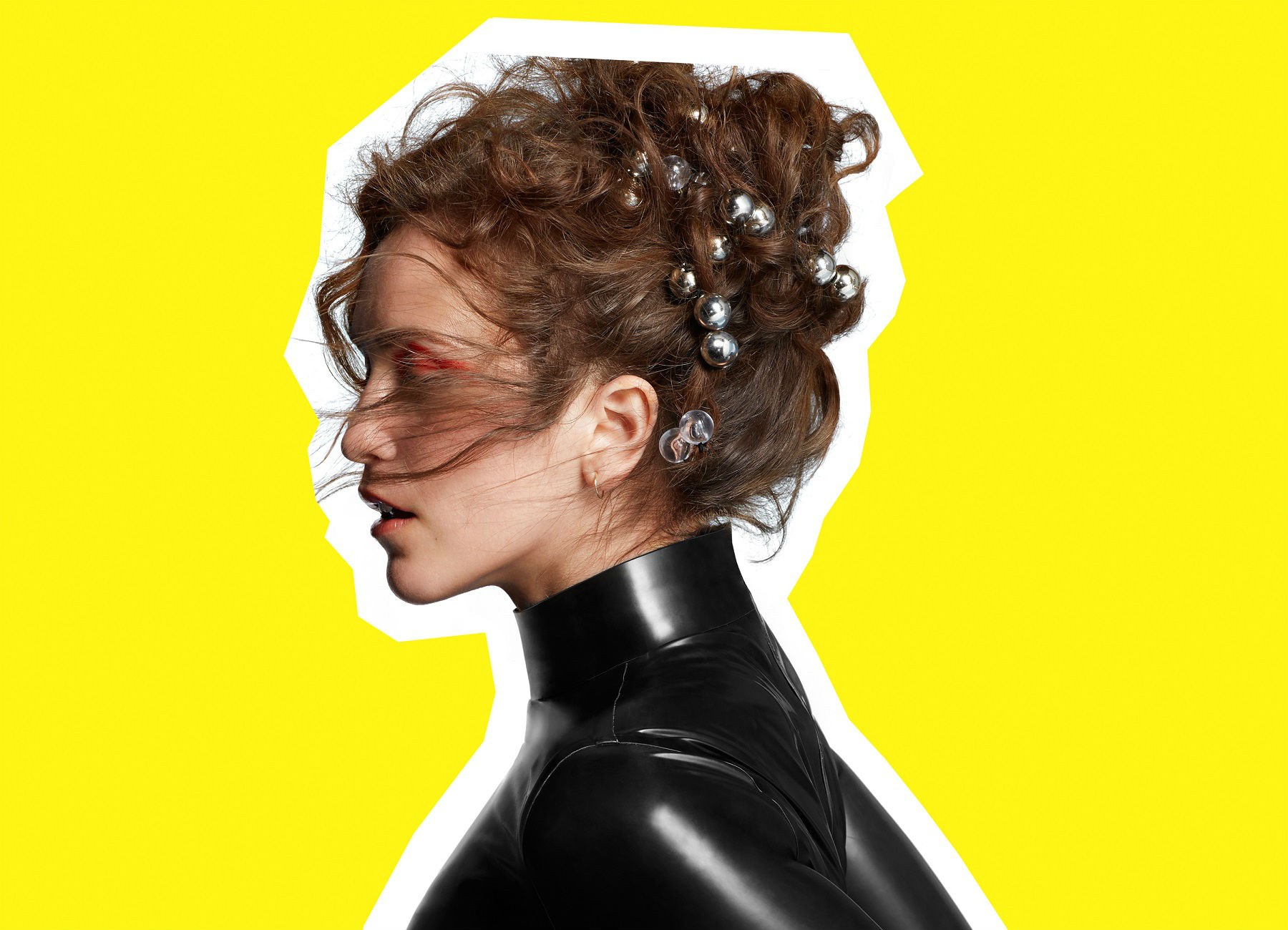 Rae Morris’ drastic reinvention on her appropriately-titled comeback single ‘Reborn’ was a change it took a little time to adjust to, swapping introspective, piano-led ballads with hushed vocals for neon-coloured pop. Second offering ‘Do It’ slots into its new home far more comfortably, straddling the line between the singer’s past and future, and exhibiting bucketloads of confidence along the way. “Take your guard down, I can see through it,” she asserts in the track’s bouncy chorus, before repeating the track’s title in a confident refrain.

Finding the perfect balance of the chart-mingling she’s clearly going for and the songwriting craft of her past on ‘Do It’, before being backed up by the equally boppy 'Atletico', Rae Morris’ return is proving a complete revelation. Will Richards