It’s official: DIY are returning to the States next month, and - as we promised earlier today - our annual latest visit to SXSW is gonna be special.

For the first of our showcases this year, we’re teaming up with Ticketmaster New Music to take over the British Music Embassy at their new home of Cedar Street Courtyard, with some of our favourites.

On Monday 16th March, we’ll play host to Glasgow glam kids Walt Disco, Transatlantic stars Nasty Cherry and noiseniks King Nun, as well as the incredible Crows, Shopping and HMLTD. Now, if that’s not a stacked line-up, we frankly don’t know what is… 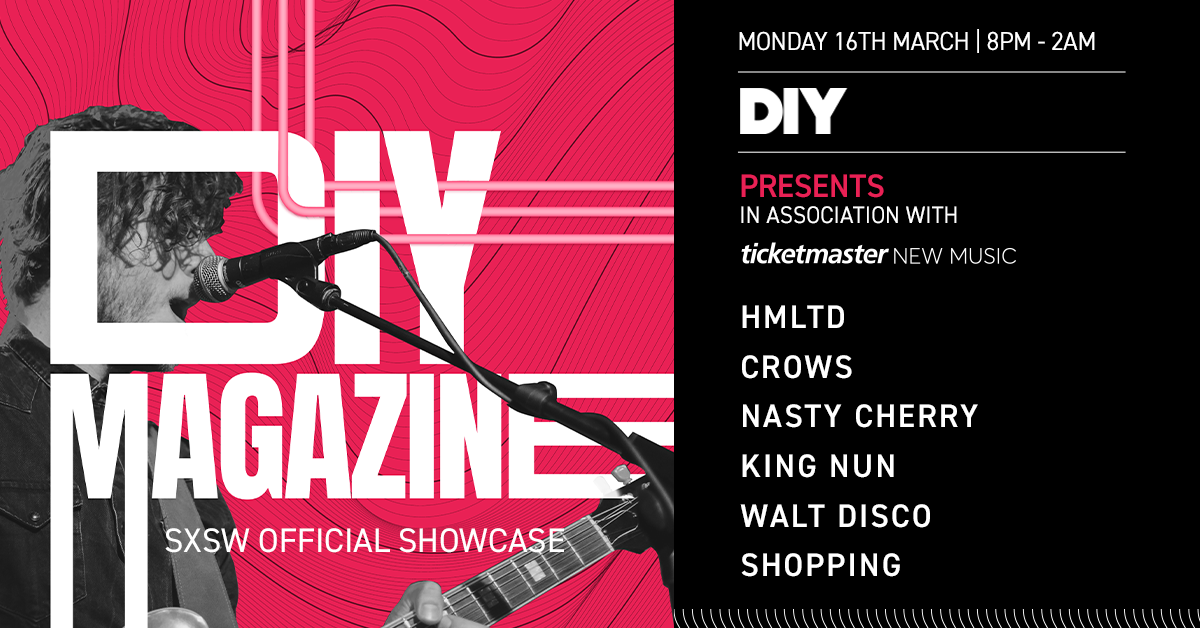