If you thought we were done with announcing our US shows, think again - we’ve got two final performances up our sleeve for when we head across the Atlantic next week, and they’re going to be pretty darn special. We’re teaming up with Fred Perry Subculture for not one, but two intimate live shows.

While The Orielles will be performing in Fred Perry’s Brooklyn store on Thursday 12th March, John Eatherly will then be taking to their newly-opened US flagship store in Manhattan’s SoHo on Friday 13th March, for a stripped back solo appearance.

Best of all? It’s free entry! So, if you’re in the neighbourhood, all you have to do is pop along.

Get all the info below. 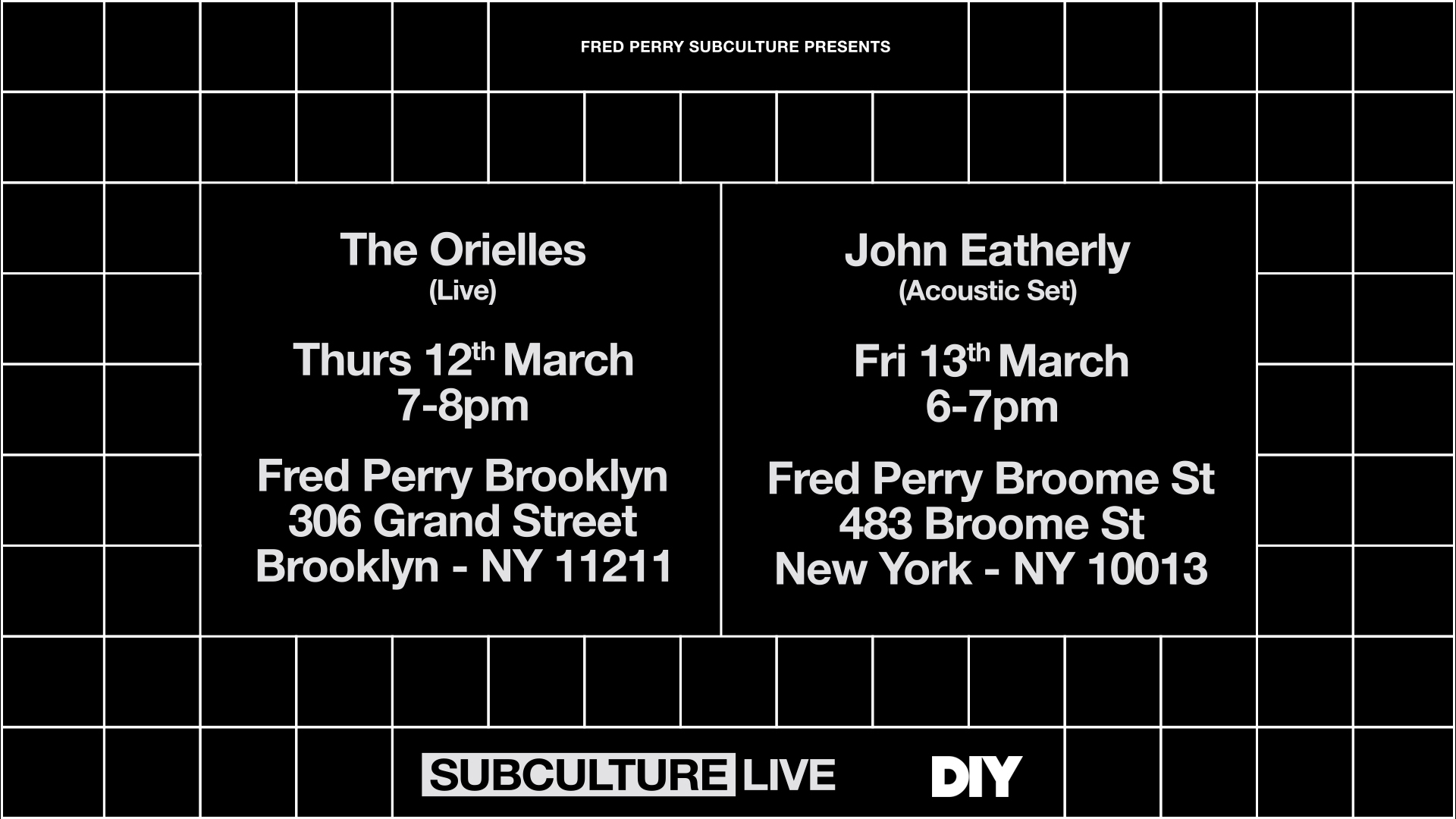