Of all the bands to emerge from the first wave of South London’s fruitful scene, Goat Girl were the ones who scratched the most itches. Weird enough to release a 19-track debut featuring multiple sub-two-minute, wonky bursts, but with an ear for melody that landed them on radio playlists, the quartet staked their claim as accessible but never obvious, with a curious point of view that felt fresh. It was a trick, however, that thrived on a sense of rickety, charming naivety, and Goat Girl thankfully have understood that that trick doesn’t necessarily work twice. And so, on their second, there are no lurching, 40-second interludes; instead, the band have audibly blossomed as songwriters, whilst keeping the integral sense of the unexpected at their core.

Lead single ‘Sad Cowboy’, with its opening synth spirals and cantering riff, threw open the bar-room doors with a new energy, and it’s a melding of ingredients that crops up repeatedly in strange and sublime ways throughout ‘On All Fours’. ‘Badibaba’ seesaws from off-kilter drum patterns and plush electronic moments into a chorus that’ll be in your head for days, while ‘Jazz (In The Supermarket)’ is an almost-instrumental dip into experimental territory, underpinned by a bassline straight out of Lou Reed’s ‘Walk On The Wild Side’. ‘P.T.S.Tea’ could find its way onto the weirder end of a mid-career Metronomy album; ‘The Crack’ is interjected with guitar moments that you hope will get delightfully heavy on the live stage, while the four-part harmonies that elevate ‘Bang’’s chorus are perfect. Indeed, it’s this sense of a group that truly gel that makes Goat Girl’s second such a success; the quartet’s ability to instrumentally weave among each other has always been one of their great strengths, and here (with the addition of new bassist Holly Mullineaux) the band sound more unified than ever, able to spin strange sonic tales all the better as a result. A triumph. 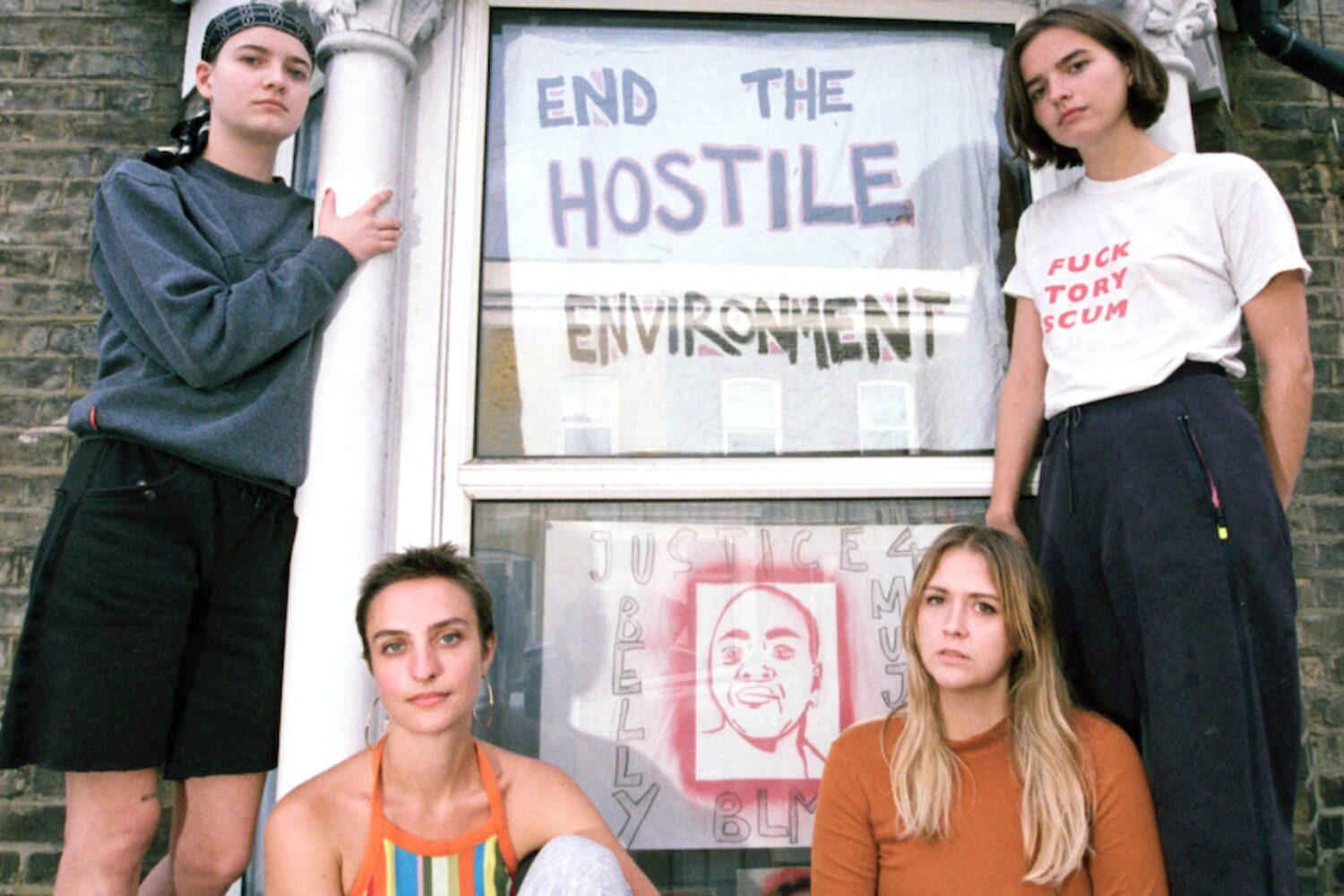