Following batshit first single ‘Love Me’ and its equally bonkers video, The 1975 have released the second track from their upcoming new album ‘I Like It When You Sleep, For You Are So Beautiful Yet So Unaware Of It’.

‘UGH!’ received a first play on Zane Lowe’s Beats 1 show this evening (10th December). Described by frontman Matty Healy as “something that goes back to the early foundation of how we write music as The 1975,” it’s a tropical, wavering take on The 1975’s funkier pop tendencies, Matty Healy channeling his inner Justin Timberlake atop skronky, space-age synths. Listen below, and check out a new accompanying doodle from Matty along with it.

‘I Like It When You Sleep…’ is released via Dirty Hit Records on February 26th. ‘UGH’ comes following an intimate UK tour that saw the Manchester band debuting a number of new songs from the record live. They’ve got a mammoth UK tour coming up in March, dates for that are: 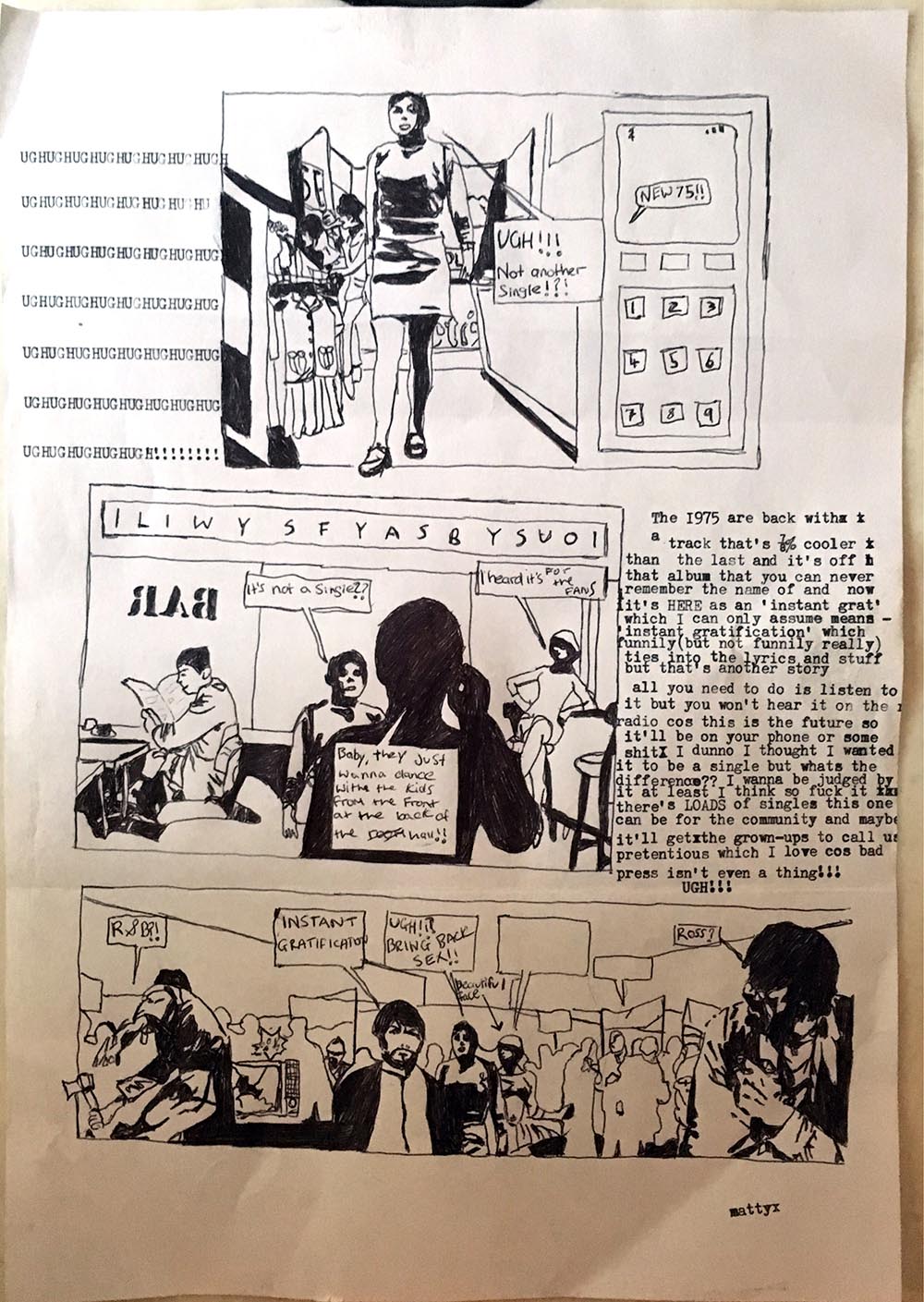 Is The 1975’s Matty Healy working on a solo project?

According to his mum he is!